Resident Evil re-releases have become a dime a dozen with Capcom capitalizing on a new audience of gamers, while still letting fans re-experience their favorite games with a fresh coat of paint. After successfully remaking the first Resident Evil, Capcom has moved on to its prequel, Resident Evil 0. This isn't the first time we've had a remake of this game; a version for the Wii came out back in 2009, but that was merely a port. Resident Evil 0 features several enhancements to make the experience much smoother. At TGS, we went hands-on with the new remake and talked to producer Tsukasa Takenaka to learn more about it.

For new players or fans unsure about Resident Evil 0, we've broken down the finer points of the game.

A Game Every Resident Evil Fan Should Play

If you're into the lore, Resident Evil 0 is a must-play. It explains more in depth some of the events and characters of the first game. If you've recently played the first Resident Evil remake, now is the perfect time to play 0 to get more insight into the franchise. This is the origin of the entire story and gives details on the first zombie in RE1, the mansion incident, answering many of the "whos" and "whys" that the first game leaves out. "You can't consider yourself a Resident Evil fan unless you've played Resident Evil 0," Takenaka says.

The game has gone through a visual overhaul and it shows. This is especially noticeable in some of the enemies you face off against, as they're much more detailed than ever before. It still keeps the same vibe as the original version, but the graphics are much sharper and clearer. A new widescreen mode was also added, but Resident Evil 0's system that lets you drops items anywhere, made this a bit tricky to implement. "We've tuned every camera angle in the game by hand, so you don't lose the important information and you're able to see where you've put items." Takenaka says.

In addition, updates to certain elements like the controls were made. "We've tried to make the game comfortable for modern gamers to play," Takenaka says. "While they love old-school games, certain aspects of old-school games are frustrating for the modern gamer." Takenaka shared the example of the tank controls as something that's been improved. "People are nostalgic for the tank controls," he explains. "But it's not necessarily the best way for everyone to play the game, so we've updated the game with modernized controls." It works both ways though, hardcore fans can also go all the way back to older control schemes if they want. Feedback from the Resident Evil remake helped Capcom make this decision to give the player a choice in how they want to play.

Experience Elements That Laid The Groundwork For Future Entries

Resident Evil 0 has been influential on the game systems that evolved in the series. In it, you have two main characters: Rebecca and Billy, that are swappable at any time - a first in the series. "It wasn't co-op, but the way that Billy and Rebecca could help each other into other places and through puzzles that stuff was really the origin point for what came later when we introduced two-player co-op," Takenaka explains.

Takenaka also appreciates that the game takes place in a different setting: a train. "I worked on Resident Evil Revelations, and that was set on a cruise ship, he says. "[Resident Evil 0] is a passenger train. This was the first Resident Evil game not to be set in a building, but on a vehicle and you can see that influence as well later in the series."

It's Still Tense As Hell

During my hands-on session, I started to remember how tense this entry can get. Sure, you'll have slower moments to solve puzzles, like finding two different statutes to balance out weight requirements to open a door, but the tension of what's behind each closed door is always there. Sometimes it's a slew of enemies lunging at you; others it's seeing meat cleavers and torture chambers, knowing something bad is on the way. Sometimes it's even a race to the clock to save one of your beloved characters from falling to their death, while various enemies bombard you. The time pressure constraints keep your adrenaline pumping and also make you decide whether to run or gun. (RUN!!! Is usually the answer; don't mess with the baddies too much). 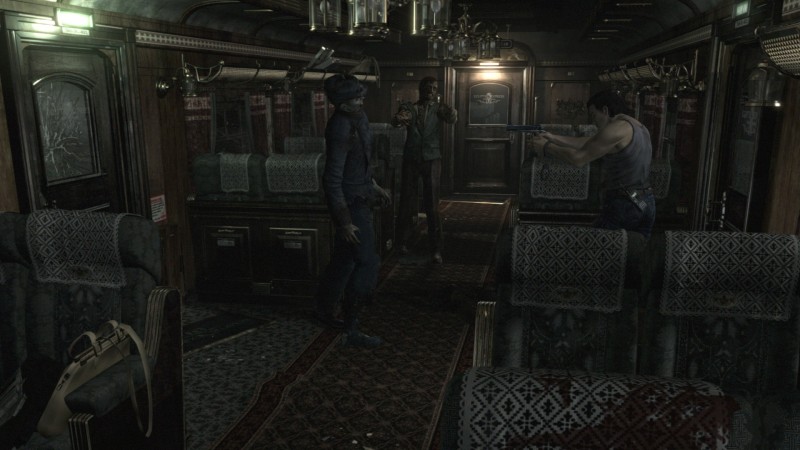 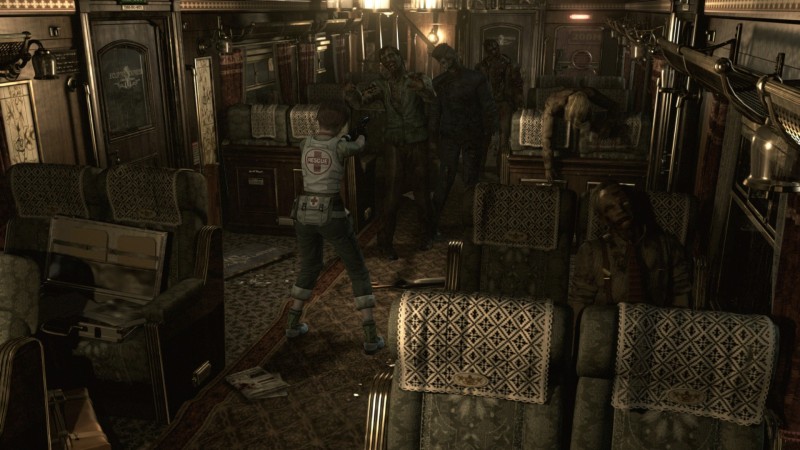 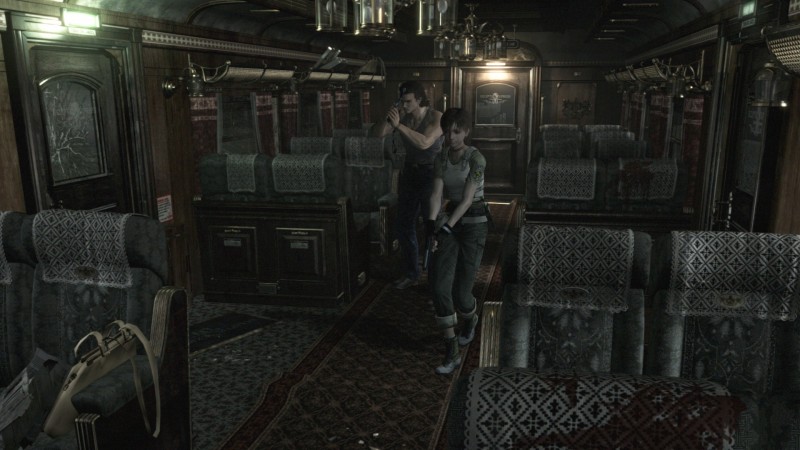 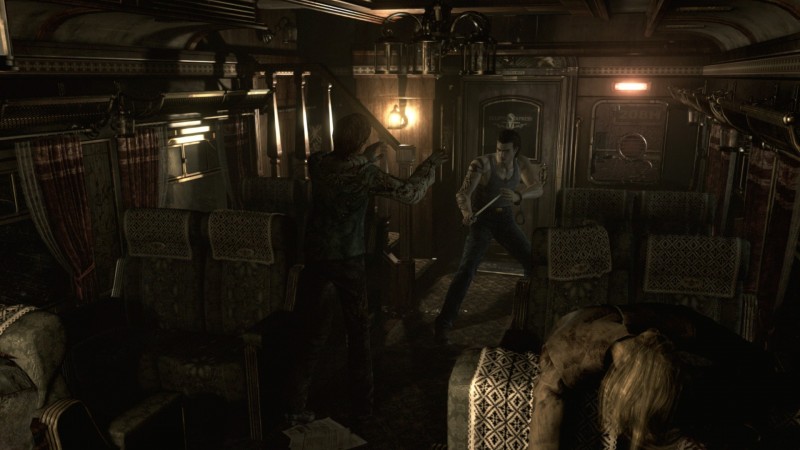 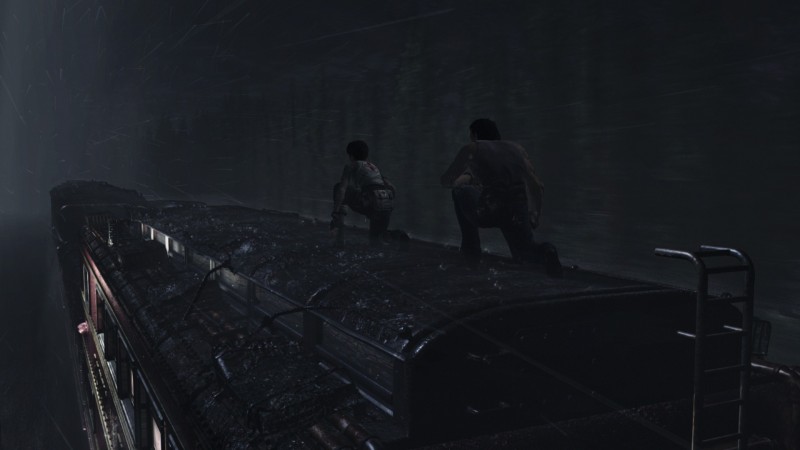 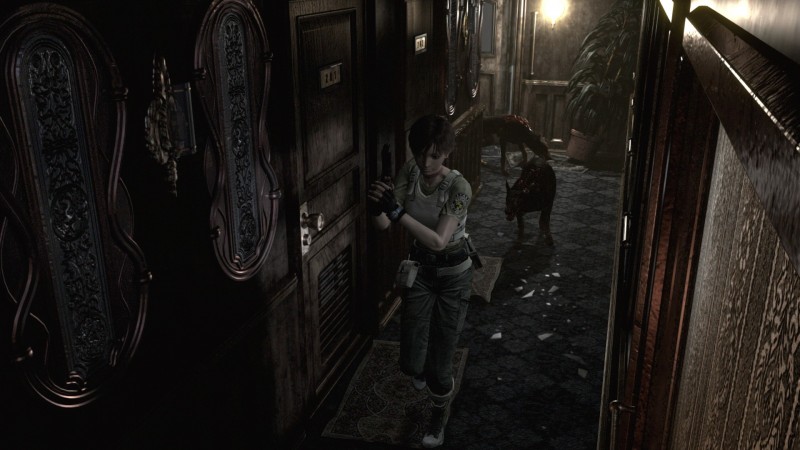 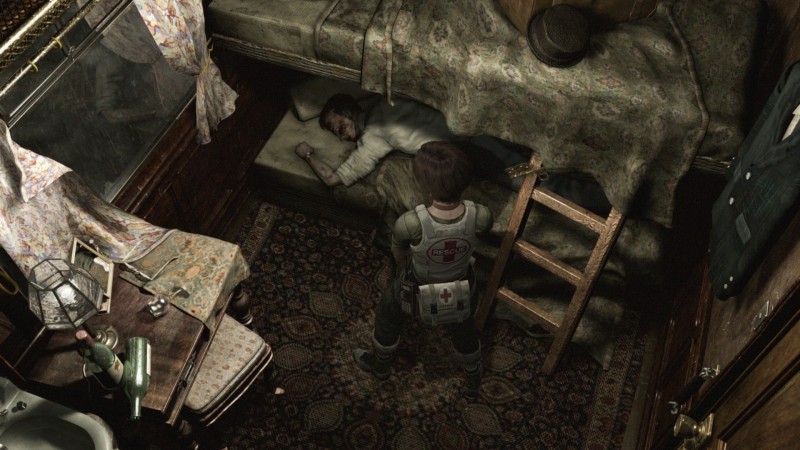 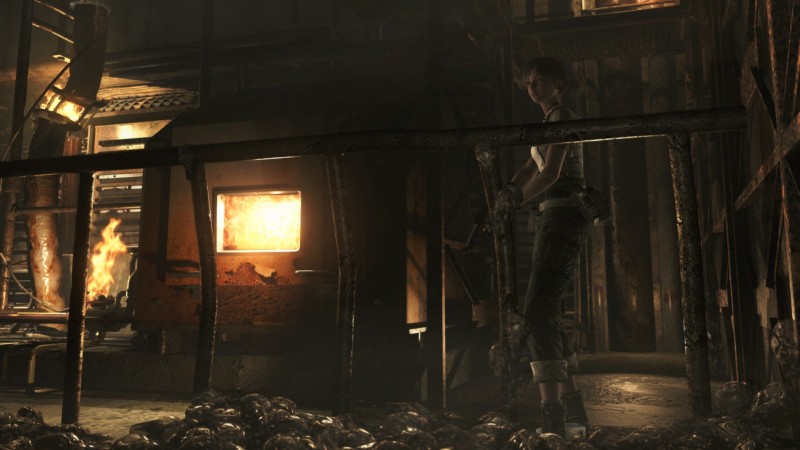 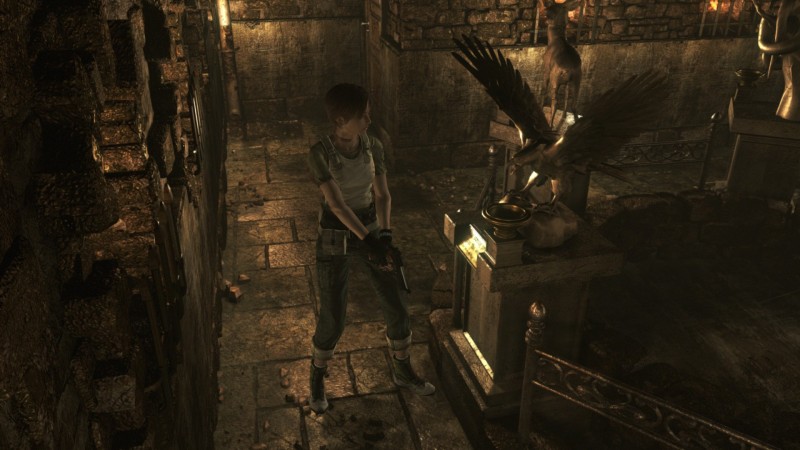 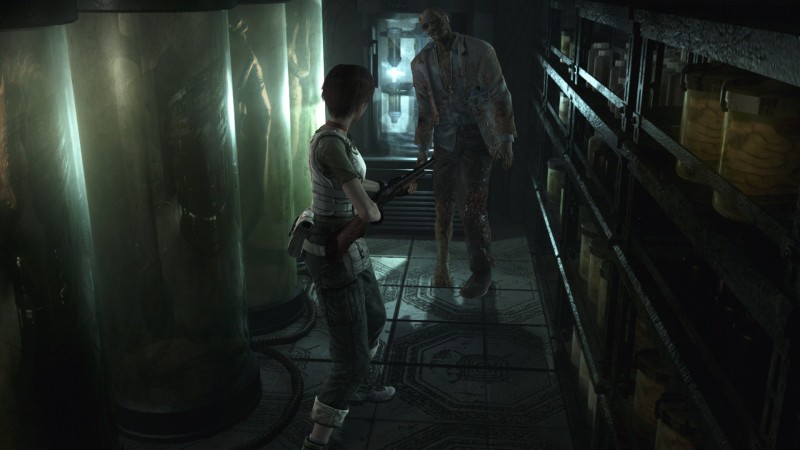 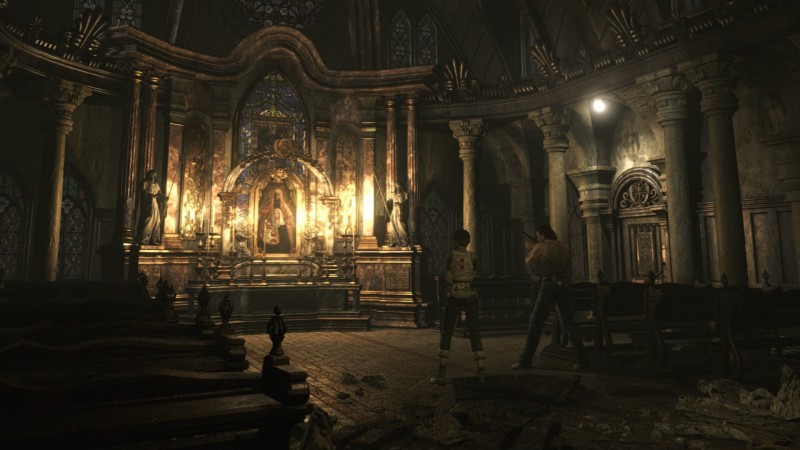