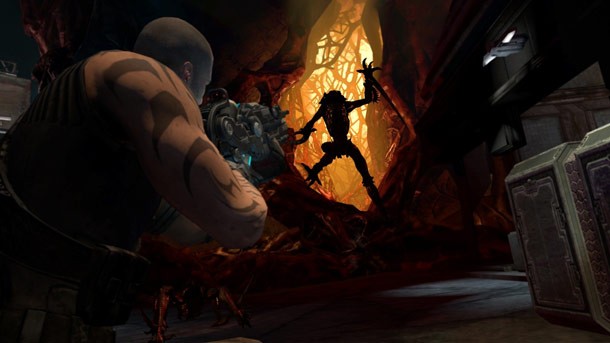 Last year's Red Faction: Guerrilla was a huge hit with gamers that enjoy creating open-world chaos. The unprecedented destructive capabilities of Volition's Geomod 2.0 engine allowed players to raze any man-made structure on the surface of Mars, from chasm-spanning bridges to multilevel towers. Reducing buildings to rubble with your trusty sledge hammer was so entertaining that many players ignored the Martian miners vs. evil corporation storyline and focused on destroying as much of the environment as possible.

Last week THQ officially announced the latest installment of the series with a trailer that showed of the game's new environments. Players will take up the role of Darius Mason, the grandson of Alec Mason and Samanya, 50 years after the events of Guerrilla. Despite having freed Mars from the Ultor Corporation, the remaining colonists have been forced to move into underground mines after the planet's surface became uninhabitable (perhaps it had something to do with destroying Ultor's entire infrastructure?). This move underground not only introduces new environments into the mix, including ice caves and lava flows, but also awakens hibernating life forms, which threatens to eradicate the colonists.

A new alien-filled storyline is great and all, but what we're most excited about is where Volition will take the gameplay. To find out more, we talked with Red Faction: Armageddon's senior producer Jim Boone to find out how the series is evolving.

Red Faction: Guerrilla featured some awesome physics-based destruction. Have there been any changes made to the engine?

Jim Boone: Absolutely!  In Red Faction: Armageddon, we have the advantage of using the Geomod 2.0 destruction system as our foundation. We've been able to take the Geomod 2.0 system and refine it, enhance it, and integrate it into our core gameplay. We've tweaked the destruction so that buildings fall apart more realistically. We've taken the combat into the caves of mars, allowing for destruction to occur on the walls and ceilings. We've introduced large areas of vertical gameplay, allowing for cascading destruction. We're also developing weapons that integrate destruction into their core design. In other words, we've taken destruction to a level the competition can only dream of. 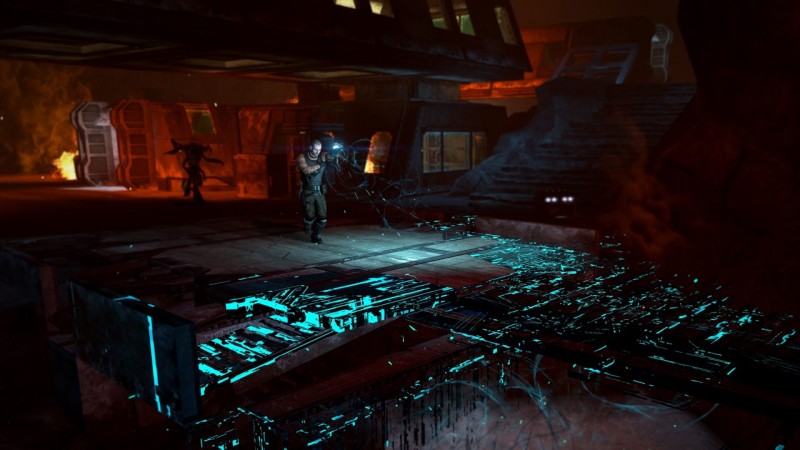 The announcement for Red Faction: Armageddon stated players will have new strategic options for destroying the environment. Can you give us an example?

An example of how we've made destruction more impactful can be seen in our new weapon, the Magnet Gun. The Magnet Gun is the signature weapon of our game. How does it work? You throw "x" object at "y" object. It's that simple...yet so much more impressive when you realize that "x" and "y" can be an enemy, vehicle, giant slab of a concrete wall, or a large building!

You can fire your first magnet on the top of a large building, and your connecting shot at an enemy some large distance away. Our destruction engine allows the Magnet Gun to rip a giant slab of the wall from the building and then hurtle it straight into the enemy - or vice-versa. The beautiful thing about the Magnet Gun is that we still see new uses for the weapon even though we have had it in game for quite a long time now. We can't wait to see what everyone does with it! 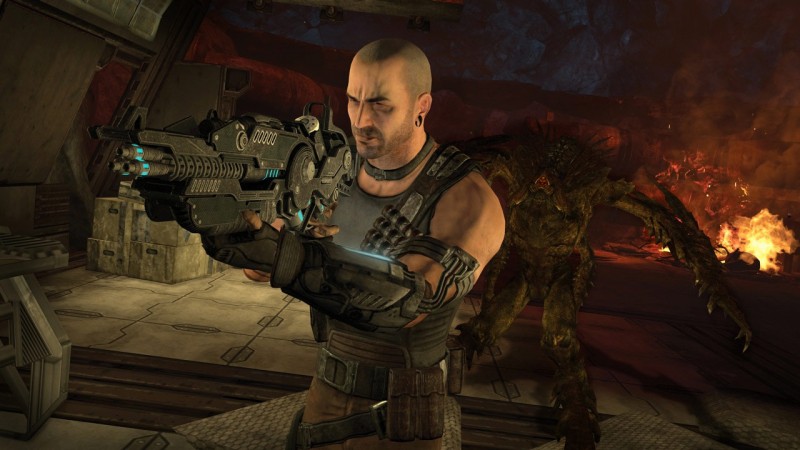 THQ stated that the tunnels in Mars are both natural and man-made. Will players be able to deform the land as well, as in the original Red Faction?

We have not brought back terrain deformation. In Red Faction 1 and 2, we found that we had a very difficult time teaching the player what was destructible and what was not. In Red Faction: Guerilla, we really feel like we nailed it! The rules in our world are that you can destroy everything that is man-made, but anything that is of the natural world is indestructible. Having the world operate in this way helps us direct gameplay in a clear way and also helps us tell an engaging story.

Tell us a bit about the new Nano Forge. Can it work on any object or just specific places?

You can repair ANY man-made structure in our game with the Nano Forge. Like the destruction in our game, the Nano Forge is also completely dynamic and world-changing. It is not a cheap gimmick. The repair tool lets you use your imagination. You can repair any wall in the game to gain instant cover. You can repair bridges and catwalks to gain access to hidden areas. You can tear down an entire building and rebuild it just for fun. Red Faction: Armageddon gives you an experience you can't find in other games.

The announcement for Red Faction: Armageddon also revealed the game will have multiplayer co-op modes, but so far Volition is remaining tight-lipped about what it will entail. We'll bring you more on this promising title as soon as we get our hands on it.