Remedy, the developer behind the first two Max Payne games and Alan Wake, are hard at work on the Xbox One exclusive, Quantum Break. The sci-fi thriller follows the aftermath of a failed experiment that tampers with the flow of time. Players control time to progress through the game. While gameplay specifics are sparse, we do know that Quantum Break is part video game, part live-action show. We sat down with Remedy’s creative director and writer, Sam Lake, to learn more about the ambitious title. We also touch on the fate of Alan Wake, Max Payne 3, and the potential of crowdfunding.

Quantum Break is part TV show, part game. What do players get when they buy it?
What you get when you buy the game is essentially the first season of Quantum Break. That includes the whole game and the whole show. They are connected in many different ways. The idea is that you get this deeper entertainment experience and they are interwoven, so we are aiming to get the perfect TV show-model pacing. So you play an episode of the game, you do certain junction points and choices along the way, and once you get to the end, we unlock an episode of the show. You get to watch it and see the consequences of the choices you’ve made in the game. Then you see glimpses of other stuff that helps you in the game, it gives you further information about certain things as well as clues how to unlock even further material. And then once again you get to play another episode of the game and it goes like that. Obviously, you as a gamer have freedom if you choose to skip the episode of the show and keep on going. You’re free to do that and come back to the show and watch it later on. We are trying to nail the perfect pacing so that doing it as intended, you get a deeper, more powerful experience.

Tell me about Remedy’s new Northlight engine.
Northlight is the name for our storytelling technology. It’s been a big effort. Looking back to earlier Remedy, obviously stories are a big focus. We have always built our own tech, starting with Max Payne and then in Alan Wake. It’s part of our core and natural evolution in that. But this time around we really focused on what makes a good interactive story. How can we push that forward? Part of it obviously being as ambitious as possible with the characters. Mo-cap with full faces, with surface capture, and 4D scanning, and how to get that into the engine and make it really, really good. Character lighting, lighting overall, obviously pushing it to the next-gen. At the same time figuring out different tools for level designers and how do you keep the story and character present even during the wildest, biggest action spectacles. It goes a lot to the audio and into the scripting and figuring out different ways to make sure that it’s happening and there is a lot camera work involved.

What’s it like working with Microsoft’s new Los Angeles studio for the live-action Quantum Break sequences?
Obviously they have a push to the live-action and television and linear entertainment as well, so it has felt like a natural fit for us to get that full backing and belief into something new, something ambitious. They believe it can be great. It’s been really, really good.

How has it been working extensively with actors for the live-action episodes and motion capture?
Some actors, more and more these days, have some experience with motion capture. Maybe the biggest thing for an actor who hasn’t had past experience in this is explaining that we are of the high quality and fidelity that you don’t need to overact. That’s often their kind of feeling that we’ll lose so much in the process that we need to make it big. That’s no longer the case. We are finally at the stage where we essentially have digital doubles of the actors. Every small thing and every flaw, in a way, is translated on screen in real-time and in-game. That’s in many ways a huge leap, but it’s also...once the actor understands that they just...it has been an awesome experience overall.

Max Payne had televisions in its world, Alan Wake added the Bright Falls live-action series, and now Quantum Break is part game, part TV show. It seems like Remedy has been steadily building towards this project.
To me this feels like a natural progression, and we’ve been on this path for a while now. We obviously draw a lot from pop culture and that’s our inspiration. But at the same time we’re trying to create this immersive, fictional world in the game. And they are all set in present day, real world. Obviously we layer genre stuff on top of that, like supernatural thriller, or hard-boiled crime fiction, or in this case with Quantum Break, sci-fi thriller. It’s present-day, real world, and you have all these other mediums present in your life all the time. It feels like a natural thing to put them into the world of the game. To me, that makes it more believable and more real. Also, you get these nice opportunities of mirroring the things that are happening in the game. It’s like a twisted mirror in the TV and in Max Payne and Alan Wake, both always felt that it’s very much about the character and what he’s going through and trying to communicate in some way when you are going through something extreme, when you see other stuff it sort of comes back to what you’re going through. And you see these messages all around that talk to you in some ways. It’s kind of building that experience in a way. Live-action has already been part of our experiences for a while. We want to push that further. It just feels somehow natural when talking about stories. The earlier steps were baby steps into that direction, and this is a bigger leap. We want to explore these possibilities. Obviously we’ll be pushing the other stuff further as well in Quantum Break. There will be in-game televisions and radios and all of that. Some are calling Quantum Break’s unique mix of live-action episodes and gameplay risky. What’s your response?
It’s a new thing, and new things are always risky. But at the same time it’s what we want to do. We want to try out something ambitious. We believe in it. So, let’s see. I think that it’s fair when people don’t know what it is and it’s a new thing and they reserve their judgment until they really see and get to play it. I hope that we deliver.

Last May, you released a very honest video addressing the fate of the Alan Wake series. What made Remedy decide to be so transparent?
We very much wanted to [be transparent]. Building these things and making these experiences, fans are really, really important. They can be awesome and really supportive. It’s just so important. I don’t know, I don’t think that transparency hurts. Many times in the industry there is this fear that somehow the audience is hostile, but that very rarely is the case. People just want to know, and when you tell them they understand. It’s important to us. I just feel that from our perspective at Remedy, that comes naturally to us. We never want to change from that. We’re gamers ourselves, and that’s what we want. Just trying to do the right thing.

Would you ever turn to crowdfunding to get something like Alan Wake 2 developed?
Sure, we’ve talked about that. It’s an option. Obviously, it’s easier for smaller projects. For something huge like a triple-A game, and for our plans for Alan Wake 2 coming out of Alan Wake, was let’s make it much bigger. And then it’s kind of like maybe it would be impossible to reach that way. But sure, it is an option down the line, definitely. Obviously right now we’re fully focused on Quantum Break and really excited. In many ways, looking at Remedy games, it’s a logical step forward and pushing things forward. In a weird way I feel that all of our games more or less share the same world. Remedy collaborated with Rockstar somewhat for the development of Max Payne 3. How do you feel the game turned out?
I think that the Rockstar guys are awesome, and their big successes are well deserved. They’re great guys, and we already obviously were in close collaboration with them during Max Payne 2, way back when. So it was really cool for them to reach out with Max Payne 3. We were playing that and giving them feedback and pointers. I got the really nice opportunity afterwards to help Dan Houser with the Max Payne comics that came out from Marvel. He contacted me and said “Please help, we absolutely have to know things from [Max Payne’s] childhood and what you’re thinking there.” It was fun working on that with him.

What’s your favorite thing about Max Payne 3?
Obviously it was really nice to see that they had paid attention to all the details in the earlier Max Payne games. To me, it came as a big surprise that you got those New York scenes, going to the graveyard, and that was a great part of it. The really big, controversial shaving his head sequence, when I saw what it was about and how it was Max losing his way and having to do something extreme to get control of the situation. That felt like a moment, he looks totally different, but now Max is back and this is the Max I know. 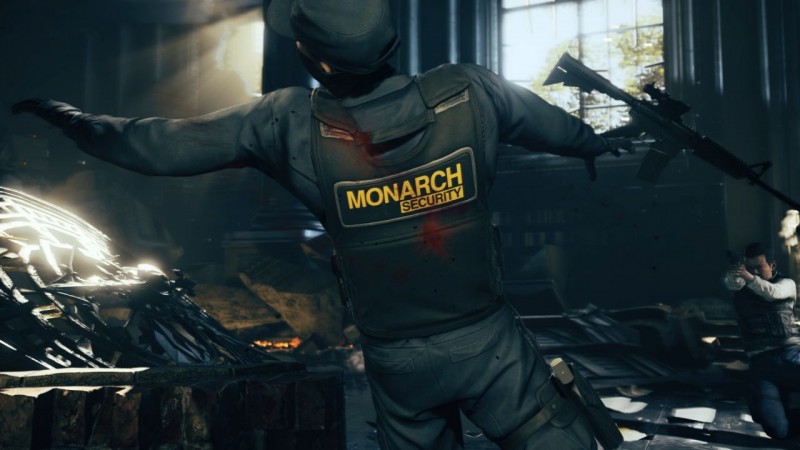 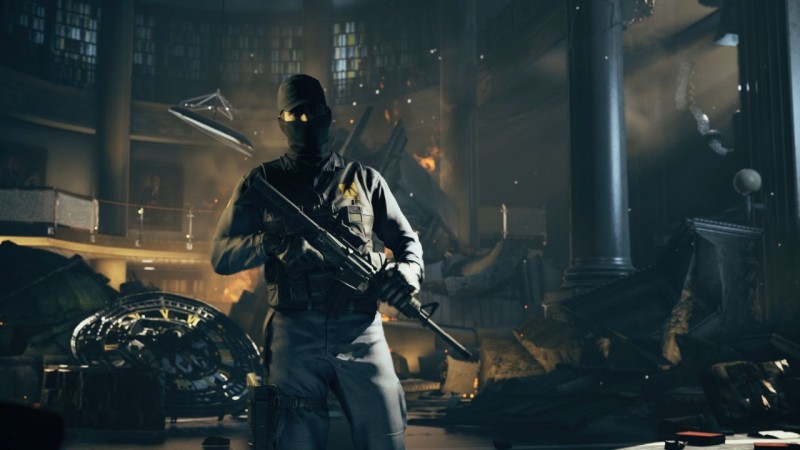 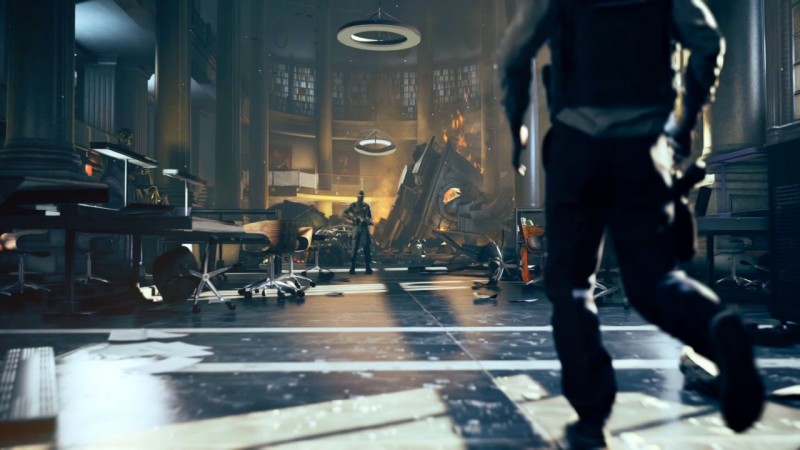