Supergiant Games, the creator of Bastion and Transistor, revealed a second trailer for the upcoming RPG Pyre.

Both the studio's past games were unique in both storytelling and aesthetic, and Supergiant's unparalleled style comes through once again in Pyre. This party-based fantasy RPG has you freeing a band of exiles as you guide them through the ancient competition known as the Rites in a mystical purgatory. Check out the teaser below which released during E3 this year, showing off some gameplay.

Pyre releases for PlayStation 4 and PC in 2017. Check out our Test Chamber episode where we played through a demo of the upcoming game. 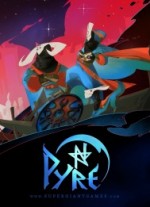