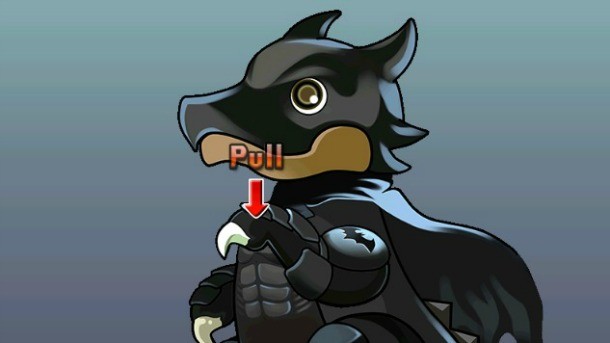 Puzzle & Dragons combines the gameplay of a match-three game with a monster collecting role-playing game like Pokémon. Gunho and Warner Bros. recently announced that the newest dragons players can collect are none other than characters from the Batman: Arkham Origins.

The new Batman Arkham Egg Machine (capsule machine) allows players to collect their favorite heroes and villains from the Batman game. From there, players will be able to take their Batman: Arkham Origins’ characters into dungeons like they would with their dragons. This event dungeon will be available Wednesday, October 30 through Tuesday, November 12.

The new characters can evolve into tougher versions of themselves. Batman will remain Batman, unfortunately. I was looking forward to a Batman Beyond evolution. Check out Jeff Cork’s feature for more information on this addictive mobile title.