Konami's Pro Evolution Soccer is back for another year of refinement and reiteration. To sports-game fans, the most important thing in every yearly installment is what's new, and PES 18 is touting a plethora of new additions, from gameplay mechanics to visual upgrades.

On the field, players will notice a few new changes. First, the revamped Strategic Dribbling will provide users with more control over the ball. Contextual shielding gives players more protection, and some new control tweaks make juking out defenders easier. Real Touch+ gives users more control over the ball, and will allow different parts of the body like the chest, stomach, and thighs to better handle possessions depending on the scenario. The Free Kick and Penalty Kick systems have also been tweaked in PES 18. A new camera angle gives players a better view of battles for positioning, and the removal of the guideline makes room for greater skill and control during these critical game moments.

Naturally, PES 18 has progressed visually as well. Real-life players' models will have authentic tattoos, and shirt and shorts sizes. Improved animations means players will be more expressive and move realistically. Goalkeepers in particular will handle the ball more authentically and behave more intelligently. Locker rooms have also been recreated for an authentic broadcast simulation.

As for new modes, PES 18 allows for 3v3 and 2v2 online co-op with local mutliplayer support. Random Selection Match returns, where users are given a random pool of players to bargain with for their team. Master League mode is given new improvements as well, with pre-game interviews and locker room shots added to the broadcast presentation. 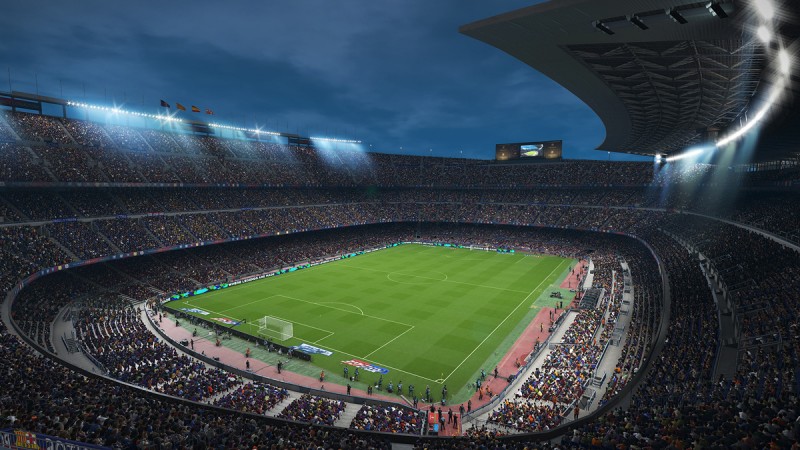 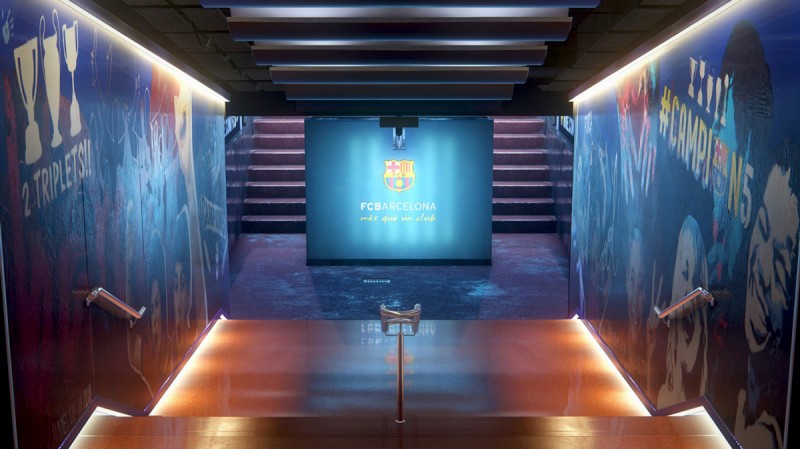 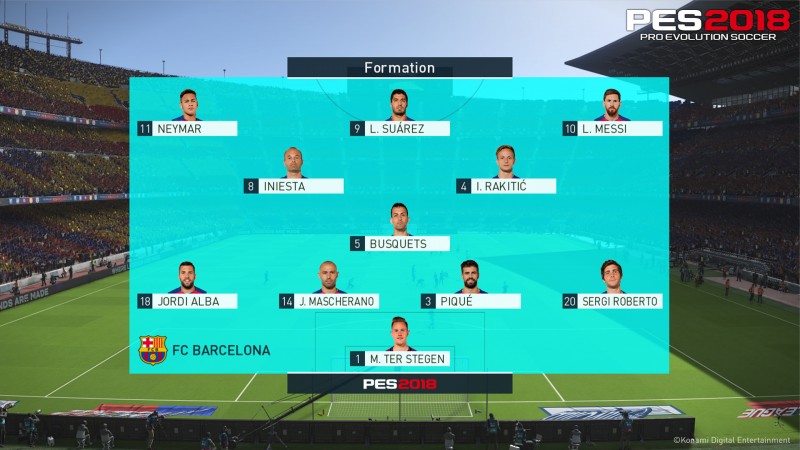 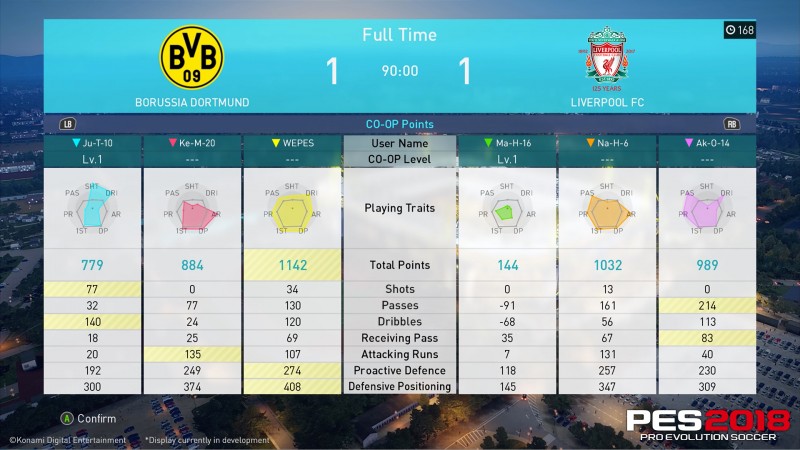 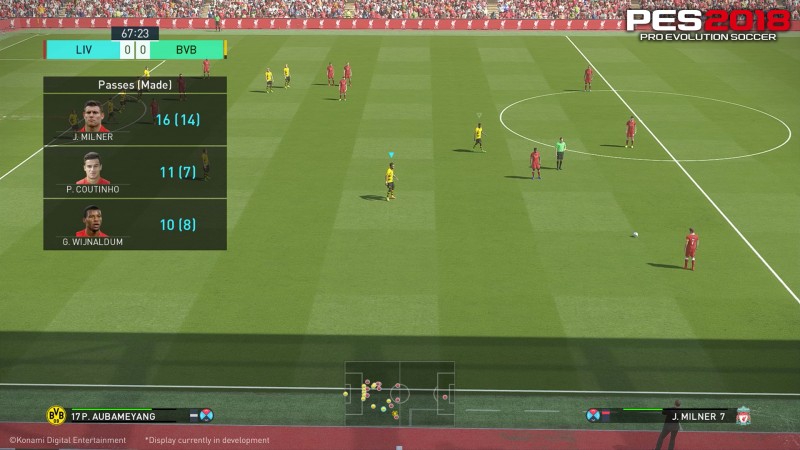 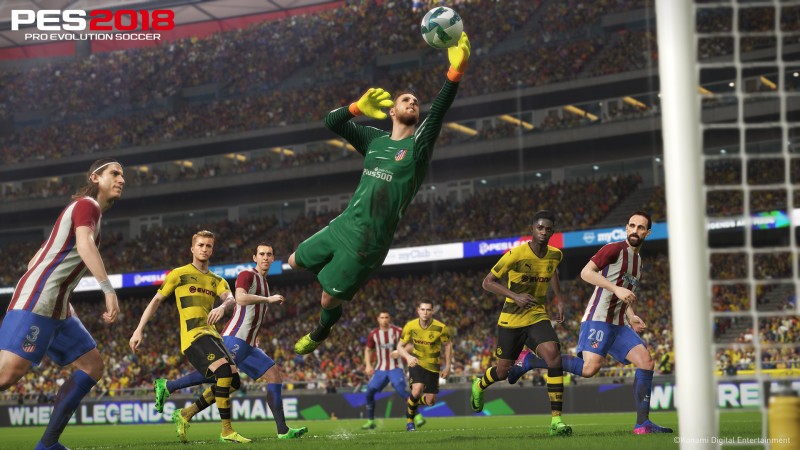 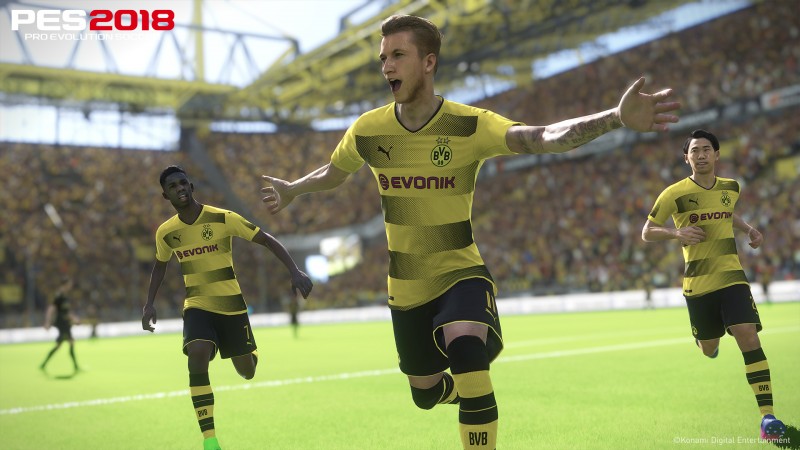 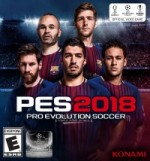