PES 2016 was a return to form for the storied soccer franchise, giving the series its first true next-gen iteration. Konami and developer PES Productions have just announced the first details for Pro Evolution Soccer 2017, upping the ante with tons of new animations and tactical options.

PRECISION
"Hundreds of new animations" have been added, combining with refined ball physics and the way players address the ball to greatly influence how they react to and control the ball. Little flicks and touches were a hallmark of PES 2016, and it looks like it may get better this year. Similarly, passing is greatly affected by these advancements, improving the weight and precision of a great pass.

TACTICS
Players can tweak their team's defensive and offensive tactics "with simple controls" as well as more advanced instructions (including tight man marking and tiki-taka passing). This doesn't sound super different from previous years, so it'll be interesting to hear exactly what's new.

What is new are set piece strategies such as being able to call for zonal or man-to-man defenses or dictate the specific run of an offensive player.

A.I. BEHAVIOR
In recent years it's been common for the A.I. of a team that's ahead or behind to change its tactics accordingly. PES 2017 is promising to widen the scope of its A.I. adaptability to learn how you play the game and react to your strategies accordingly.

KEEPERS
Poor keeper play has been a criticism of the PES games this generation, so the developer is promising to address it in PES 2017 with greater keeper agility and animations.

We hope to learn more about additions to the game's career mode, Master League, as well as MyClub mode at E3 next month, so stay tuned for more details.

Our Take
It's good to hear that the dev team isn't resting on its laurels, seeking to keep improving even those areas like ball control it's already good in. For the franchise to take a leap into the next tier, however, it will have to keep building out its Master League mode to make the series truly vital. 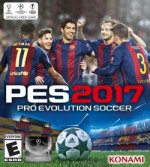