At E3 I got hands-on time with Konami's Pro Evolution Soccer 2016, and was able to feel some of the key differences implemented into this year's title.

The game's increased physicality due to a new collision system is noticeable from jostling before headers (including backing down another player before the ball arrives) to hassle from opponents when you're dribbling. It's not like it's trying to constantly negotiate elbow alley, however, as defenders will still have to time their challenges well to avoid fouls or looking outright foolish.

The increased number of animations makes the game standout while you're playing without sacrificing the feel of the title.

Another noticeable new aspect of PES 2016 are the way your A.I. teammates help on attack. While you can still initiate give-and-gos and teammate runs manually, there were times I liked that I simply didn't have to – particularly on the give-and-gos. It's nice to instantly have an available option without having to take precious seconds to actually think about it.

I'm very curious how keepers act in this title. I did not notice any of the deflection saves that are supposed to be included this year, but I also did not see any sequences where I thought they should have been initiated but didn't. I'll have to spend more time with the game to judge the keepers better.

PES 2016 also makes big changes to its Master League and myClub modes, including visual overhauls. While I didn't get to experience these two modes in my play time, I did learn a few small details. The Master League brings back animated sequences for big club news such as signings and player awards, and myClub player leveling is done through two ways: playing well on the pitch (as well as actual playing time) and by "sacrificing" unwanted players on your myClub roster of the same position to strengthen a specific player.

For more on some of this year's changes, be sure to check out our previous preview. 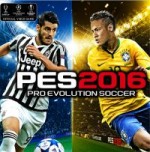