Rethinking The Boundary Between Social And Hardcore Gaming
by Adam Biessener on May 11, 2011 at 06:44 AM
Publisher: Nival
Developer: Nival
Release: Fall 2011
Rating: Rating Pending
Platform: PC Nival today announced a North American release for its "social strategy" game Prime World. Read on for an extensive preview of the game – and a hardcore female gamer's perspective on how this Facebook-integrated title differentiates between men and women.

Nival is known in the West as a developer of hardcore strategy games like Silent Storm and Heroes of Might & Magic V. In its native Russia, the studio is recognized as a purveyor of free-to-play MMOs. Nival’s next game, Prime World, is an ambitious combination of the two that ties a Facebook-integrated social layer to a session-based DOTA-style hardcore action/RTS game. Prime World is navigating territory that nobody has yet mapped in search of a true marriage between the way people interact with each other online and hardcore video  games.

“We think of Prime World as a social strategy game,” declares Nival president Sergey Orlovsky. In the course of an hour-long Skype session between Minneapolis and Nival’s Moscow headquarters, Orlovsky lays out his fascinating vision of how video games relate to the basic social constructs we invariably create around ourselves. The most important relationship in many peoples’ lives is with their significant other, and Prime World is designed to embrace that  fact.

Prime World is a hardcore game that uses Facebook, not a cash-in app that relies on spamming your friends list with requests. “[Other social games] use virality very well, but there are a lot of opportunities to improve the games,” Orlovsky says. On Facebook or via web or mobile connections, Prime World players take on the role of a lord with a castle to improve and heroes at his or her service. You can party up your heroes with a friend’s to take on asynchronous quests, and they’ll report back on their success or failure after some real time has elapsed. Players can “visit” one another at their castles, participating in shared activities like hunting, shopping, or throwing parties. Nival intends this social experience to be “complete” on its own, but many players will no doubt see it as a means to an end, bringing the heroes and abilities they unlock into the session-based multiplayer game. Prime World sessions operate much like DOTA matches. Each player controls one hero in a top-down RTS view, and teams work cooperatively to kill NPC monsters and beat up the other team in pursuit of the scenario’s goals. Orlovsky described one mission type that incorporates cooperative play within a competitive match. The first three-quarters of this 40-minute scenario has two opposing teams fighting through NPC monsters to reach a dragon in the middle of the map. The goal then becomes to kill the dragon (and probably the other team along the way) and steal her egg. Planting the egg at your opponents’ base summons the dragon’s angry mate, who grants victory by flying into a rage and burning down the enemy encampment.

Throwing non-hardcore gamers into the fire of a hyper-competitive DOTA environment would be a disaster. Prime World addresses this in two ways. Instead of being up on the front lines, players can hang out back at the base and play a Zuma-like minigame that gives game-changing buffs to their team, so they can take an integral role without facing the stress of being in direct combat. If they’d prefer to be on the battlefield in some capacity, they can become support heroes with powerful defensive capabilities. This character class is designed to be an unattractive target to enemy players. Orlovsky shared one example of a hero who has a tough panther pet that makes the hero herself invulnerable while it’s alive.

Facebook integration is critical to both sides of Prime World’s design. Matchmaking takes social ties into greater account than ping or ranking, so you’re more likely to be put into a session with people who you know or who you share friends with than strangers. Orlovsky thinks that this is a missed opportunity within the larger video game industry. “My perception is that who you’re playing with is more than 50 percent of your gaming experience,” he says. “Right now the gaming industry is looking at [gameplay] like it’s 100 percent, which is not true.” Nival hopes to integrate more social networks into the game, like LinkedIn and MySpace, but only Facebook will be built in at launch. Nival is taking a huge gamble on the idea of tying players’ real-life gender into their game experience. On the social side, your sex determines which activities are available during a visit. For instance, where a guy visiting a guy may launch a hunting activity, a couple of girls visiting might go shopping together. In the multiplayer sessions, male and female players have different heroes available to them at the beginning of the game, with female heroes skewing more toward support roles and male heroes tending to be front-line fighters. Nival has yet to determine exactly which heroes and roles will be available to each gender at the beginning of the game. Hopefully women will have at least some options to be big tanking ass-kickers, since telling female gamers that they are only allowed to be support for the men doing the real fighting would be a huge mistake (see sidebar). Either way, everyone can eventually unlock everything through in-game currency.

The game is free-to-play with microtransactions, but the exact details of what’s free and what costs you money aren’t worked out yet. Heroes won’t be sold for real money, costing in-game currency instead. Extra social layer time will be sold for sure. Beyond that, Nival is still figuring out the details. Orlovsky isn’t worried about it, though, citing Nival’s experience as a successful free-to-play publisher in Russia. “We know all the best ways to generate substantial revenue without annoying people,” he chuckles.

Prime World is a unique bridge between two segments of gaming that currently have marginal overlap. On top of that, Nival’s explicit approach to the issue of player gender is unlike anything the gaming industry has seen. Whether or not the game finds a broad North American audience, it will be a fascinating barometer of the attitudes and tastes of gamers at large. 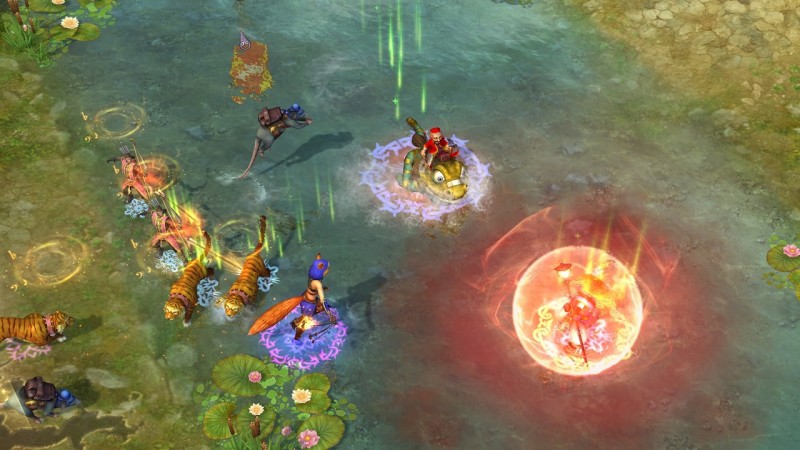 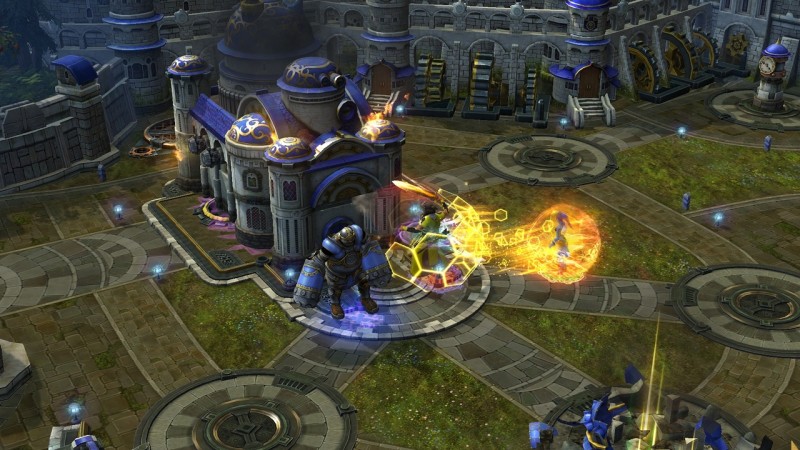 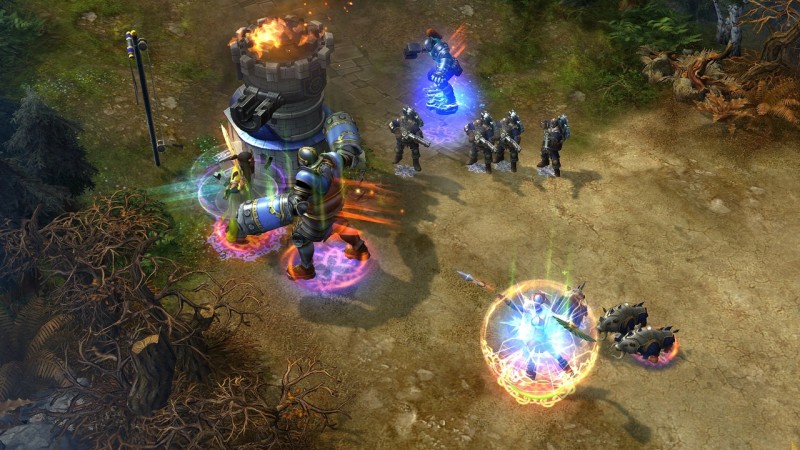 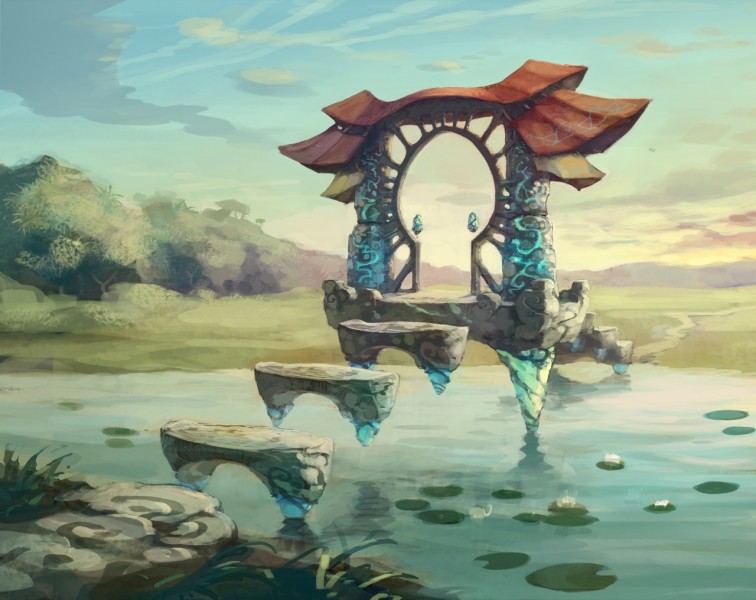 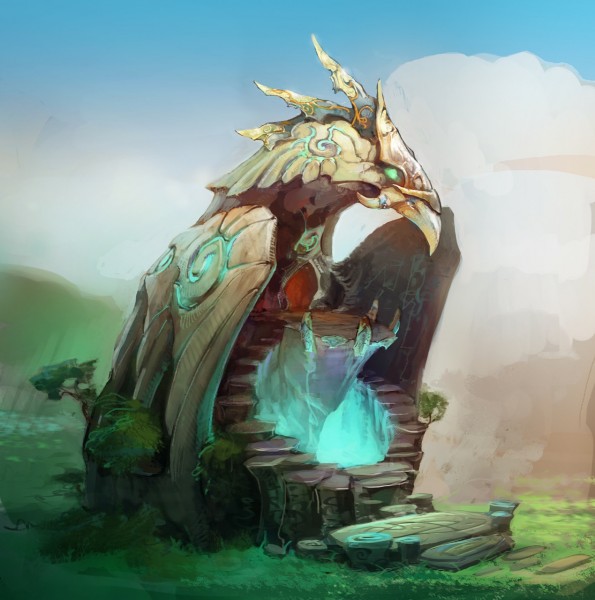 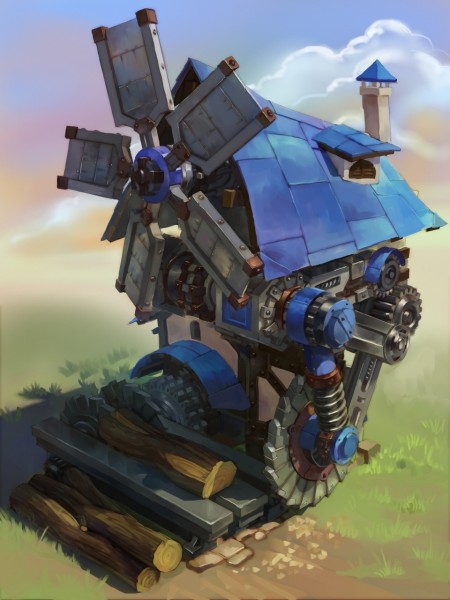 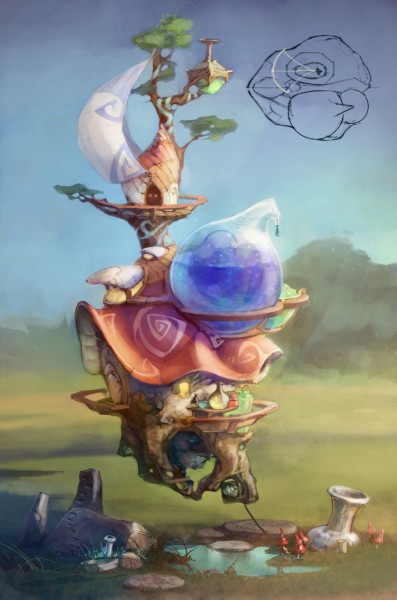 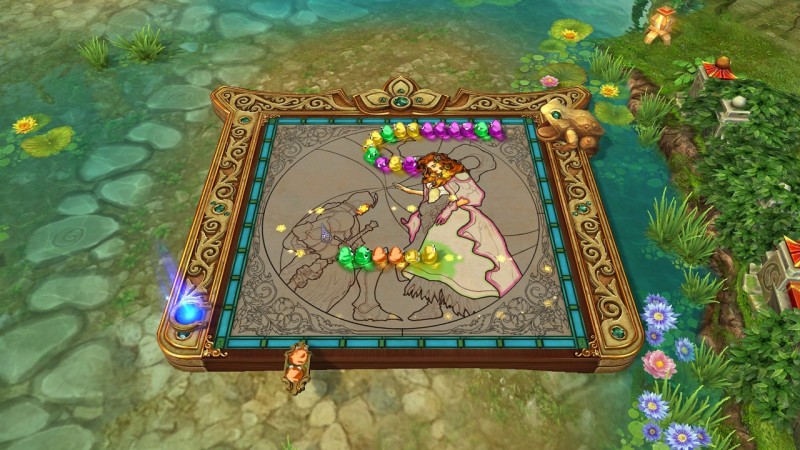