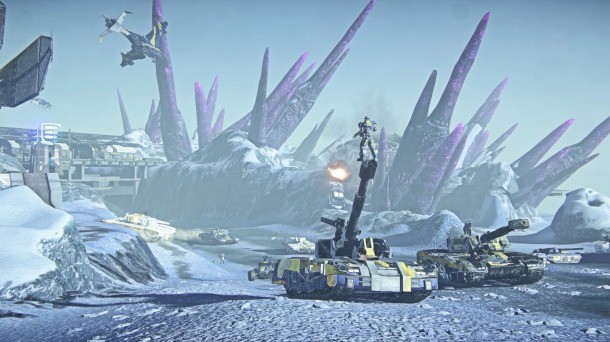 Free-to-play massively multiplayer online first-person shooter Planetside 2 released in 2012 on PC, but it seems to have plenty in store for 2014.

The new trailer below shows off battle footage and boasts stats like "94 million hours played" and "110 billion bullets fired," yet still neglects to offer a solid release date for the PlayStation 4 release. Give the trailer a watch and let us know if you'll give the game a try on PS4 when it does eventually come out.