Like co-op but bored with zombies? Take your four-player shooting to the modern day heist genre with this PC/PSN downloadable title from a new Swedish studio.

In the bank robbery I played at E3, all four players start by casually strolling into the bank to be robbed with weapons under their business suits. Once you’ve sufficiently cased the joint, you throw on your masks and start shooting. The alarm sounds, civilians start screaming, and the action starts.

You’ve got a minute, more or less, to get to the hidden drill and thermite you need to cut through the security doors that slammed down with the alarm. After that, the police assault waves start up. Things get more complicated when SWAT teams are crashing through windows, busting through the front doors behind riot shields, and sniping you from upper-floor vantage points.

The police assault mechanic is brilliant. The waves never stop until you make it out with the loot or fail, but they ebb and flow. Fight off a wave, and you’ve got a brief respite to get on with your mission objectives before the cops start pouring in again. Watch out for stragglers, though; just because the assault indicator isn’t on your screen doesn’t mean there’s not a lone dude with a shotgun waiting to ruin your day. And ruin your day he will.

Rather than L4D’s rescue closets, respawns in Payday are accomplished by trading hostages. You can still be helped up by a friend if your regenerative health runs out, but if the cops nab you they need a hostage returned to set you free. You can easily capture civilians by riot cuffing them, but then they’re immobile – and you only have two riot cuffs to use. Much better is to wound or surprise a cop and threaten him. If he’s scared and/or hurt badly enough, he’ll throw down his gun and tie himself up. In either case, someone has to go hold down the interact button to trade the hostage in order for a player to respawn.

Cut the doors, burn a hole through the ceiling, stuff the duffelbags with cash, fight your way out to the getaway vehicle, and victory is yours. Not all scenarios are bank robberies, though, and I look forward to seeing the other five levels Overkill is launching the game with later this year -- though all six should be fairly replayable thanks to the randomization of item and enemy spawns, not unlike (once again) Left 4 Dead.

I had no expectations going into Payday: The Heist. Playing a single level on the show floor made me a believer, though. Developer OverKill has some work to do on the AI, but I'm in love with Payday's potential. 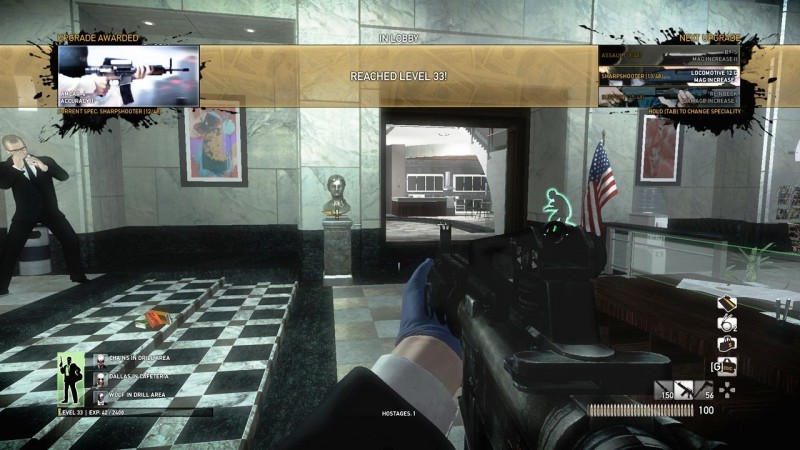 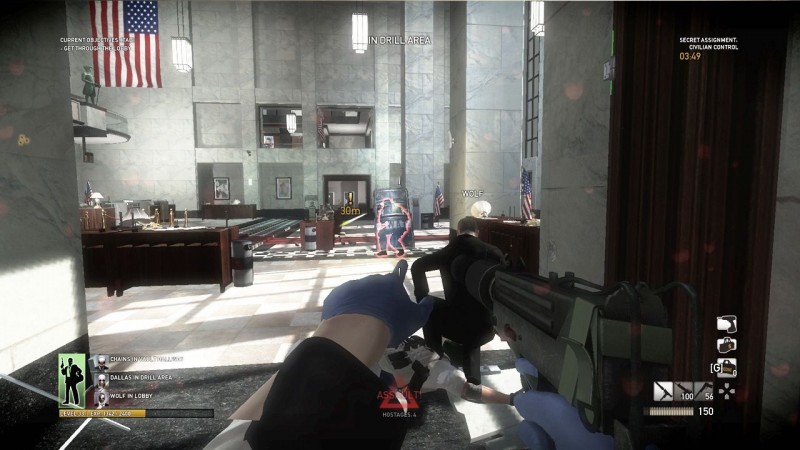 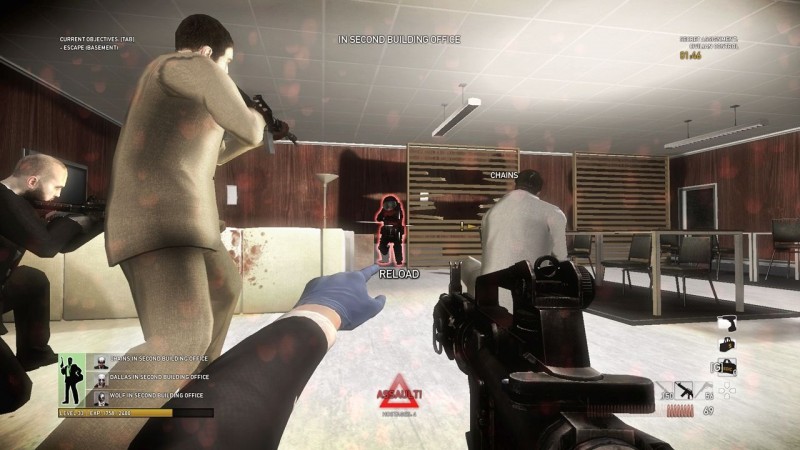 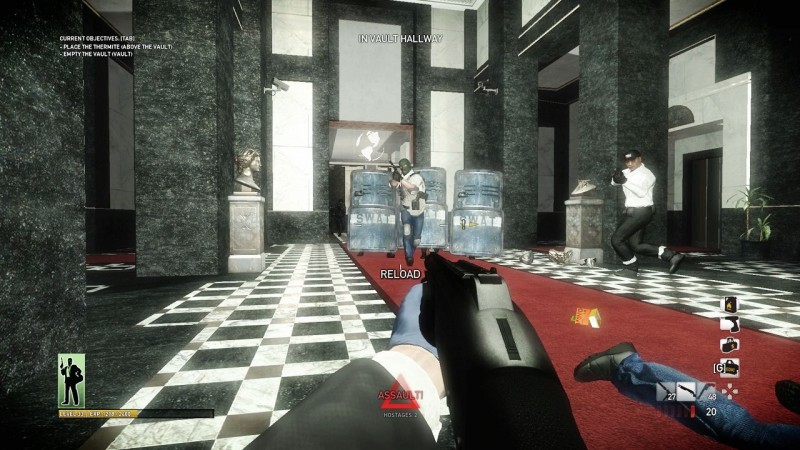 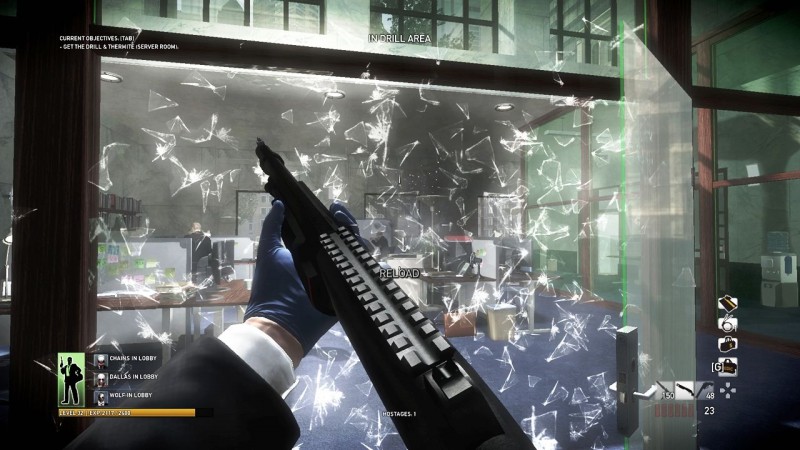 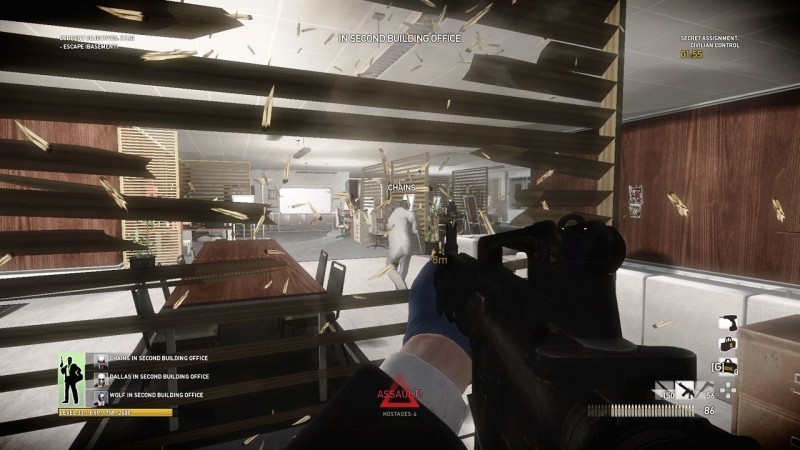 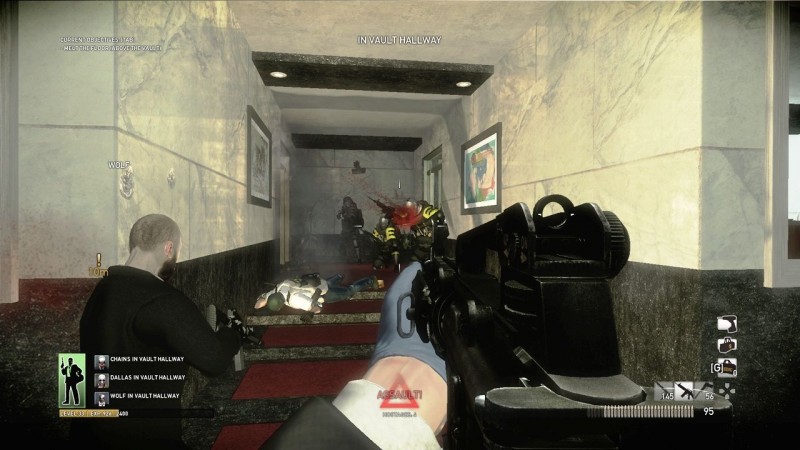 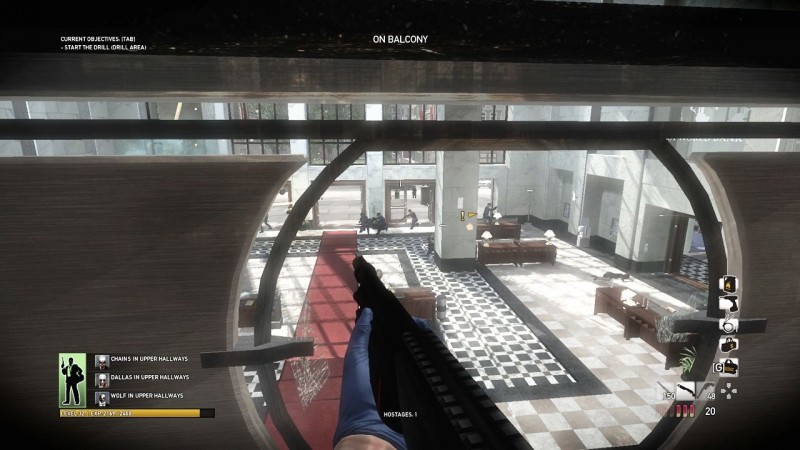 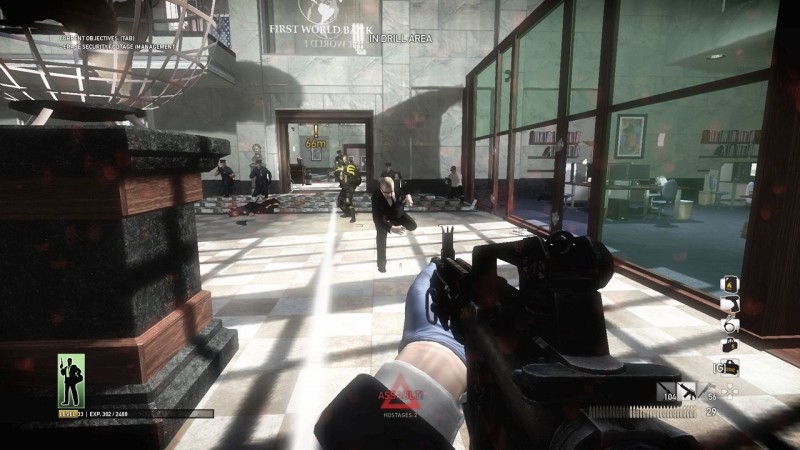 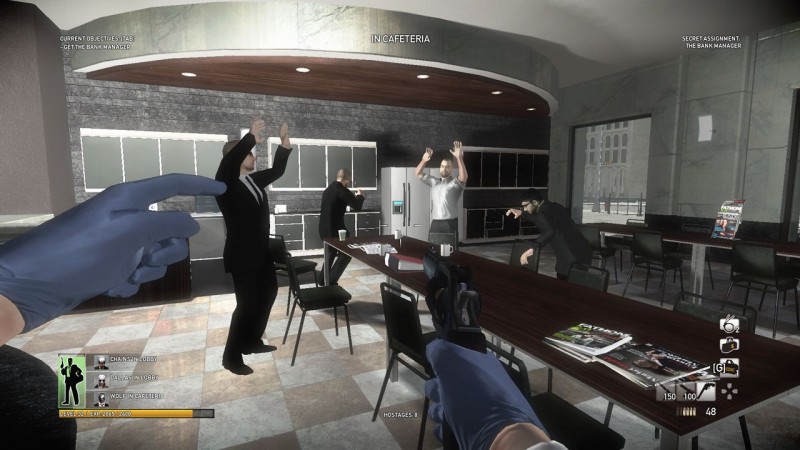