The developers at Obsidian Entertainment are no strangers to adapting successful, lore-filled universes. From KOTOR II to Fallout: New Vegas to even South Park: The Stick of Truth, they’ve consistently delivered new takes on existing and well-loved franchises. Pathfinder is the latest series to get the Obsidian treatment, with a mobile adaption of the deckbuilding Pathfinder Adventure Card Game coming March 29. We recently had some hands-on time with the game and played through its first (and free) scenario, Perils of the Lost Coast.

Fans of the Pathfinder Adventure Card Game will feel right at home with Obsidian’s mobile title. It’s a very accurate port of the tabletop game’s experience. Players guide a party through various locales to corner and defeat what is essentially a boss character, taking down henchmen and picking up loot along the way. As items, weapon, armor, allies, and spells are picked up, they’re added to the character’s deck. These cards are then used to modify checks on character statistics like their dexterity, wisdom and strength. So, for example, a mace can be used to add an extra D6 to a character’s strength check against an enemy, and a lockpick might add a +1 boost to your character’s dexterity check.

It’s a complicated system, and players who haven’t tried the tabletop card game may be confused by all the elements at work. There’s a brief tutorial that covers the basics of the game, but the more complicated elements may still leave new players scratching their heads. However, after a while the system starts to feel rich, deep, and rewarding. It’s satisfying to roll a D6 on a check of 5 and win, just as it’s heartbreaking to roll a D12 and lose a check of 3. It’s essentially a streamlined version of the typical tabletop-RPG experience, minus the richer storytelling elements.

The gameplay in Pathfinder Adventures is tailor-made for mobile formats. While the tabletop game tasks players with controlling only one character each, the mobile version asks one player to control multiple characters. This means that there are a lot of on-screen numbers and abilities to keep track of, but a user-friendly interface and visually appealing UI help to keep party maintenance relatively simple. I had some trouble flipping between the game board, character sheets and decklists at first, but soon finding the right menu became second nature. Some of the background art in the game is animated. For instance, the skeleton in this coffin lifts the lid and moves as you play. It's a small detail, but a nice touch.

Perils of the Lost Coast, the first chapter in the episodic game, will be entirely free-to-play. It features three adventures, each of which can be played three times at increasing levels of difficulty. Overall, from our playtime, it seems to be about nine hours of highly replayable content for free.

Other adventures will be available for $4.99 each, adding new locations, adventures, characters and cards to each expansion. A “heavily discounted” season pass will also be available. The first wave of expansions will follow Paizo’s fan-favorite adventure path, Rise of the Runelords.

The version we played suffered a bit from long load times when switching between areas on the board, as well as extended dice-rolling animations that started to feel a bit tedious after playing for a while. Hopefully Obsidian will address these problems before launch.

At launch, Obsidian plans to include a few features we didn’t get a chance to try out, most notably pass-and-play multiplayer on a single device and an all-new unannounced game mode.

Pathfinder Adventure will be released for iOS and Android tablets on March 29, with a release for other platforms (most notably phones) to follow. If you’re unfamiliar with the ACG, Matt Miller wrote an in-depth explanation of its gameplay here. 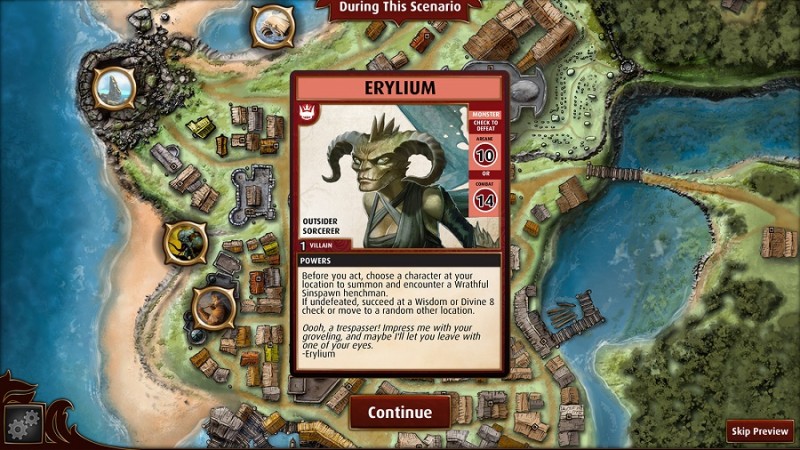 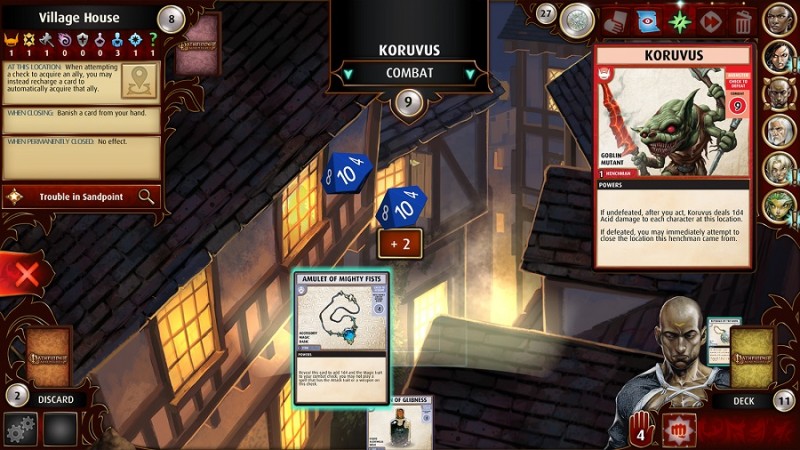 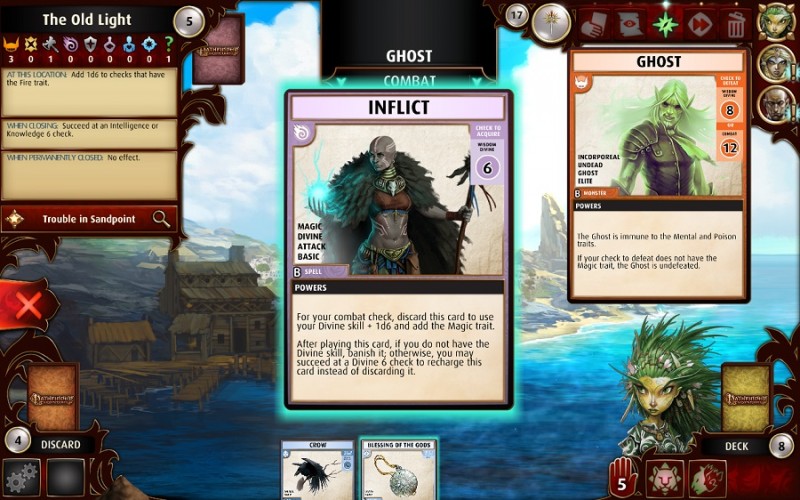 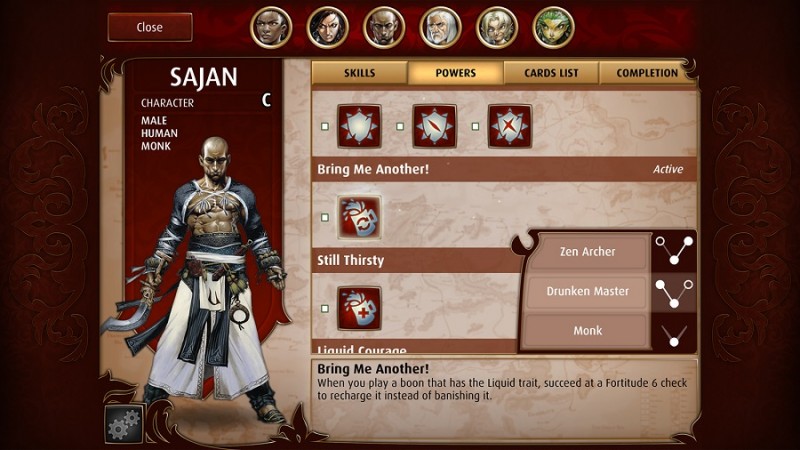 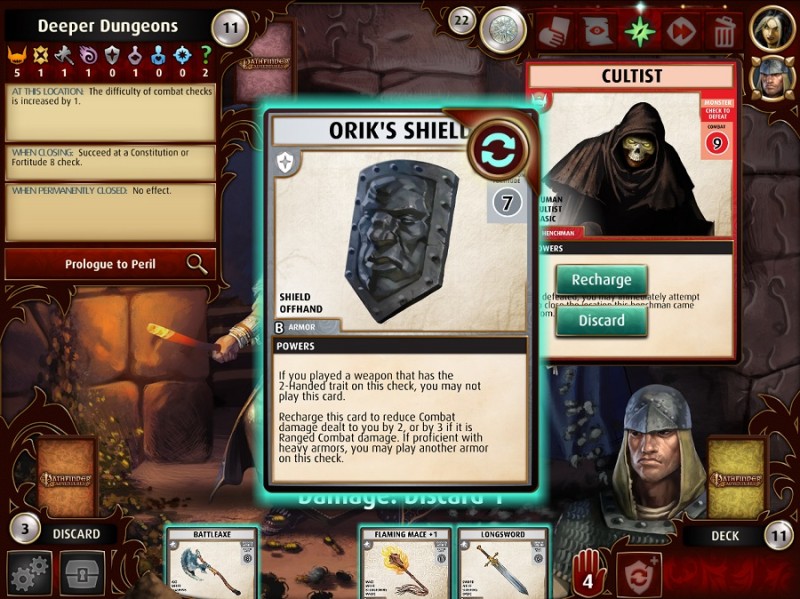