When Moon Studio's announced Ori and the Blind Forest earlier this year at E3, gamers were immediately attracted to its unique look. Thankfully, the title has some impressive gameplay to match its impressive visuals.

Players jump into the role of Ori, a forest spirit whose mother is captured by a giant owl before setting off on a wondrous journey to bring the forest back to life. Gameplay is inspired by classics such as Super Metroid and Castlevania: Symphony of the Night, but Ori also features a greater emphasis on platforming.

The demo takes place near the beginning of the game as Ori works to bring water back to the forest. In order to do this, Ori must travels to the Genso tree, an area that features mystical portals that allow Ori to walk off one side of the screen and immediately appear on the other. This allows Moon studios to craft some unique platforming challenges. For example, during one sequence in the Genso tree, Ori has to race up a series of platforms as a stream of water floods the lower levels. Thankfully, Ori has picked up a new ability in Genso tree zone: an ability called Bash. Using Bash, Ori can briefly lock onto certain enemies or enemy projectiles and then jump off them, launching himself higher into the air.

In true Metroid fashion, Ori slowly acquires powers like this throughout his journey, which will help Ori navigate into new areas of the game and uncover hidden areas full of helpful secrets. In addition to Bash, Moon has shown off Ori's double jump and wall jumping abilities, but his powers will become more complex and impressive the deeper players travel into the game.

We were impressed with Ori's controls after our limited hands on time. Platforming feels as tight and "pixel perfect" as any one of Nintendo's classic platforming franchises, and the Bash mechanic is easy to time and a lot of fun to pull off. Ori's visual are also quite fluid, and the lush animation really helps bring the world do life. 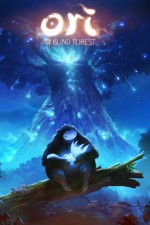