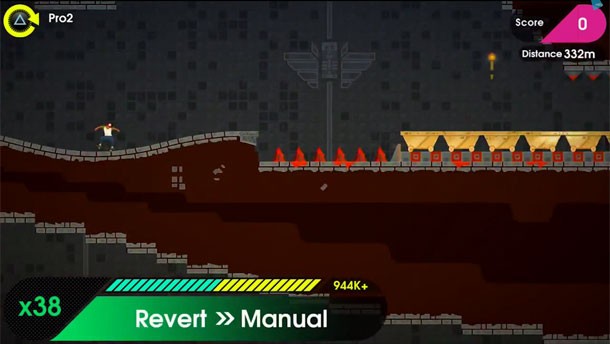 Roll7 has released a new trailer for OlliOlli's sequel. OlliOlli 2 takes the first game's addicting side-scrolling skateboard action and rolls with it, adding new locations, tricks, and multiple routes. Its release has been revealed, too.

The game will be arriving to PlayStation 4 and Vita on March 3. The clip below shows off bizarre new skate spots, such as a sci-fi themed zone and a Wild West area where players grind on railroad tracks. Skaters can also perform combo-enhancing manuals, as well as reverts and grind switches. The game won't launch with multiplayer, though Roll7 says that functionality will be added soon.

If you haven't taken the PlayStation plunge, you can still play the first game. It's coming to Xbox One, Wii U, and 3DS sometime in March.