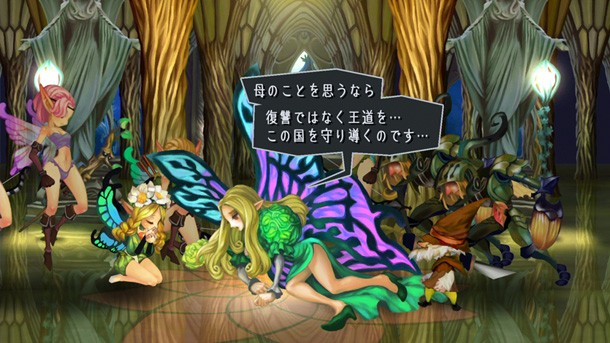 If you're unfamiliar, Odin Sphere comes from developer Vanillaware (Dragon's Crown, Muramasa: The Demon Blade) and it was originally released in 2007 at the tail-end of the PlayStation 2's lifespan. We gave it an 8.5 writing, "Odin Sphere’s story, systems, and combat mechanics are easy enough to describe, but the game’s biggest strength is the way it cultivates a sense of wonder. Fantastic artistic design fuses with addictive gameplay to form a world that constantly impresses, despite some repetition and technical shortcomings."

The game is getting re-released on PlayStation 4, PlayStation 3, and Vita. There is still no exact release date, but it releases spring of next year and a fancy collector's edition will be available.