The scale of No Man’s Sky has been discussed and dissected numerous times. We’re excited by the universe the game has placed before us; a quadrillion stars that you can explore seamlessly. But the question of what players can do there has been weighing heavy. My recent conversation with Hello Games’ founder Sean Murray, along with an extensive hands-on session, finally provides some answers.

Murray, who also serves as one of the programmers at Hello Games, puts it plainly as he lands on a planet called Bulari V, “It’s a deep and challenging game,” he says as the UI highlights its current temperature of -163 degrees Celsius.

“There is no YouTube video for this planet, there is no FAQ,” Murray reiterates as he wanders the planet. We're the first people here. No Man’s Sky is a game about surviving the great unknown. You can play as an explorer, a scavenger, trader, or focus on combat, but ultimately the game is all these things.

The goal is to try to reach the center of the universe. To do so you will need to build up your technology, including your suit, weapon, and ship. This requires resources. Hello Games created its own periodic chart, and you can find these elements spread across the universe, some more rare than others. If you don’t want to search for them, you can trade, or battle a space freighter; it’s really up to you.

Technologies require different combinations of elements, and your items (gun, ship, suit) define how many upgrades they can hold. The long game is to get better items that can hold more technologies that can help you reach the center of the universe. In the immediate term, the gameplay loop focuses on staying alive long enough to continue your journey. Remember that -163 degrees Celsius planet? Well, you have a shield technology that slowly falls away as you explore the planet. To recharge it, you need more resources. But there are challenges inherent to finding them; as it’s not as simple as just picking some plant. You probably need a better weapon, and on this planet there are NPCs that you could trade with, if you could speak to them. If you find artifacts out in the world, or even just chit-chat with the various life forms throughout the universe, you can learn their languages and increase your ability to trade or purchase items.

In other cases, you may run across a refinery that has a locked door. You could hack that door if you have the right technology, but a good old fashioned gun will blow the entrance wide open. Whenever you attack anything on a planet or in space for that matter, you raise your wanted level, much like in Grand Theft Auto. If you’re on a planet when that happens, it draws the attention of the sentinels, a self-replicating robot army. That means if you blow that door open, you need to get inside, download the plans for a new technology, and then get out of range and off the planet before the sentinels overpower you.

In my time with the game, I spent a lot of time wandering the surface of Bulari V, scanning animals and looking for resources. I built a grenade that could deform the world, which is useful for finding caves, but all I managed to do was dig a hole. I recharged my shield numerous times, one time in a bit of a panic. Bringing up the item creation interface doesn’t pause the game, which means you may sometimes be racing to complete the job as the cold of the planet tries to kill you. I managed to fight off death in time, and I also found a lot of artifacts and learned a lot of alien words, an experience I found oddly engaging.

After some time planetside, I hopped in my space ship and headed into orbit. I could have entered the space station, as they do have interiors. Instead, I decided to rob a space freighter and run to a far-off planet before the vastly more powerful fleet destroyed me. On this new planet I tried to avoid most of the indigenous creatures, but of course, one of them had to come after me; creatures become particularly aggressive at night. I shot and killed it with the mentality of kill or be killed. This brought the sentinels, who arrived to check out the situation. They didn’t attack because I didn’t start it, but they decided to follow me around for a bit while I explored the planet. Their presence certainly made the decision to blow something up a lot more difficult.

I enjoyed my time with No Man’s Sky, but I will admit the controls are a little clumsy at times (though the team assured me they are still being perfected). I’m not sure how long I will want to explore these beautiful worlds searching and fighting for resources, but in my short time I couldn’t look away. I want to reach the center of the universe. I want to see what that vast sea of stars holds. It’s now up to Hello Games to find the balance between challenge and resource management so that the gameplay is as engaging as the amazing universe when it ships on June 21.

To learn and watch even more about No Man's Sky, click on the banner below to enter our hub of exclusive content. 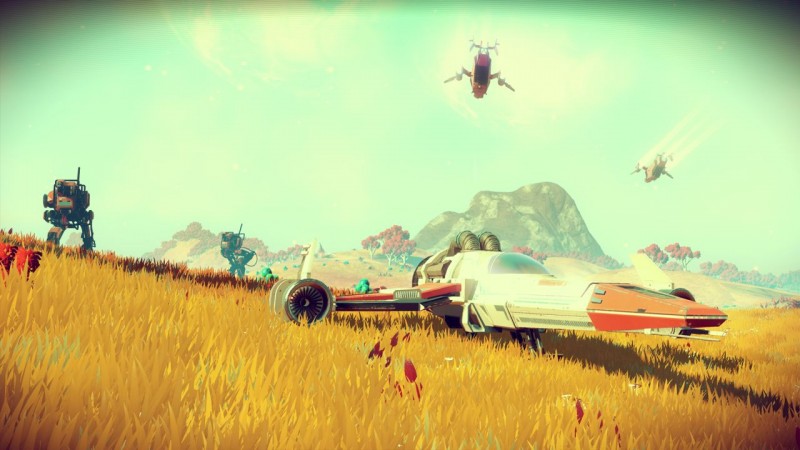 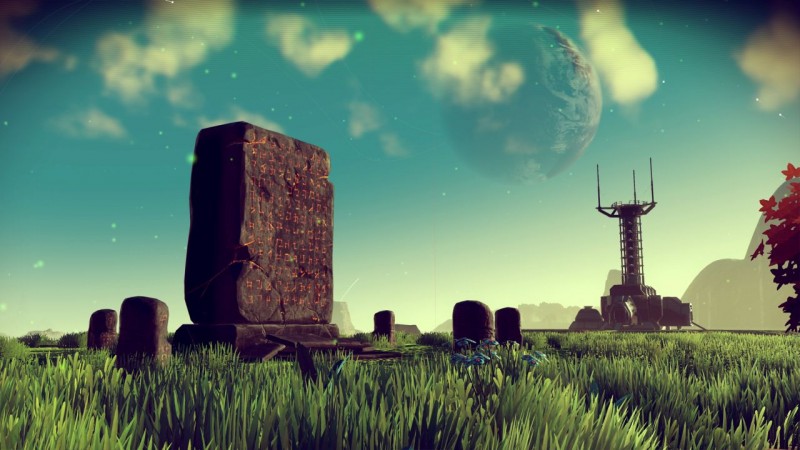 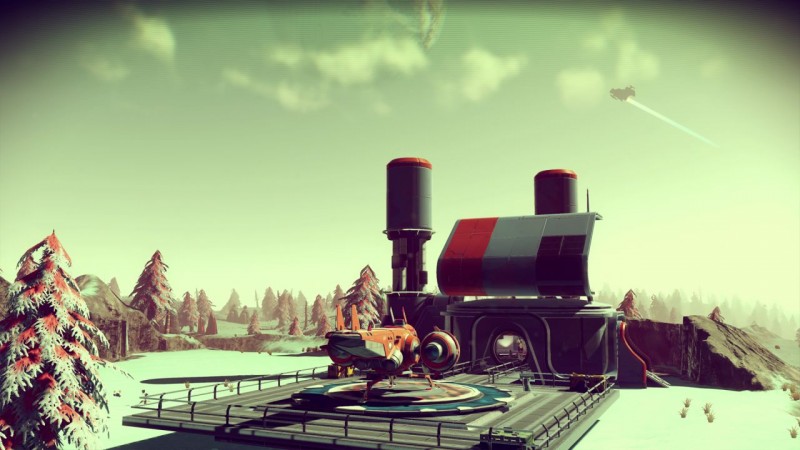 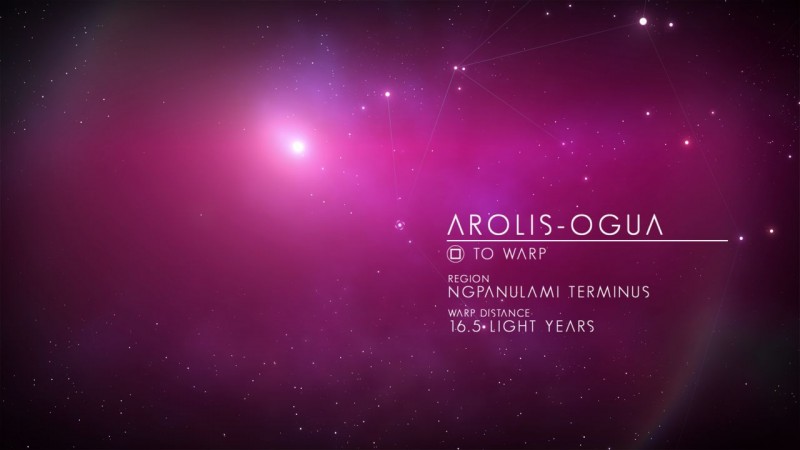 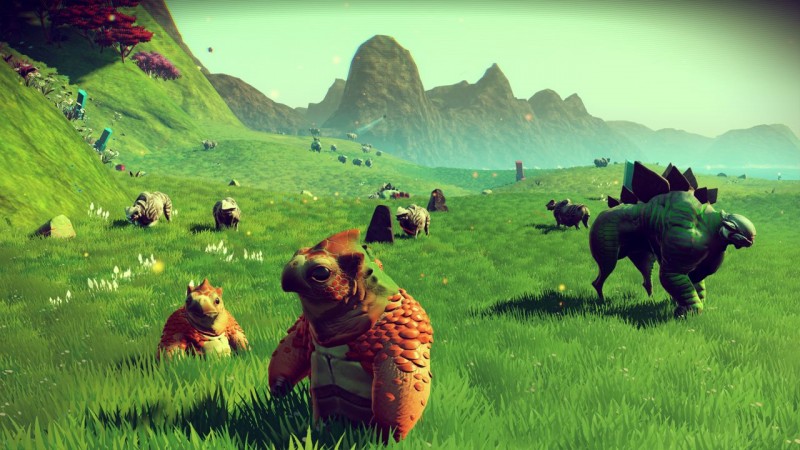