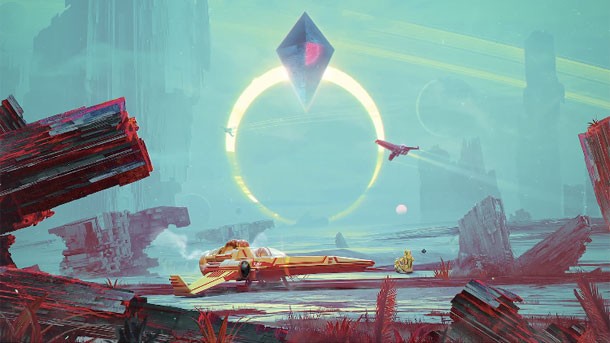 No Man's Sky doesn't have a story, but it does have lore, and the involvement of Watchmen artist, Dave Gibbons and author James Swallow who has written for Star Trek, Doctor Who, and many other science fiction properties.

In a new video from Sony and Hello Games, director Sean Murray details in vague terms how the game's lore will help build its universe. The video also speaks to Gibbons and Swallow who have been creating fiction for the game that will be included in comic book form with the game's special edition release. Both seem to have a genuine appreciation for the universe Hello Games has created.

You can also find this video in the same series that focuses on No Man's Sky's art by heading here.

For more on No Man's Sky, check out all of our features from when the game was on our cover back in 2014.