Skilled danglers are prevalent in the NHL these days, and NHL 18 is giving players the ability to replicate their sick moves – as well as ways defenders can keep them in check.

Today's gameplay video for the title (coming out on September 15 on PS4 and Xbox One) shows off this year's dekes system, including the ability to branch them off of each other. Not to be outdone, defenders can better position and sweep their stick to get in the way. Finally, the video also covers the Threes mode and off-the-puck positioning by the A.I.

For much more on the game, including gameplay, Threes mode, EASHL, career mode, and more, check out 60 Things We Know About NHL 18. 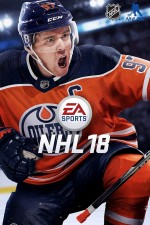