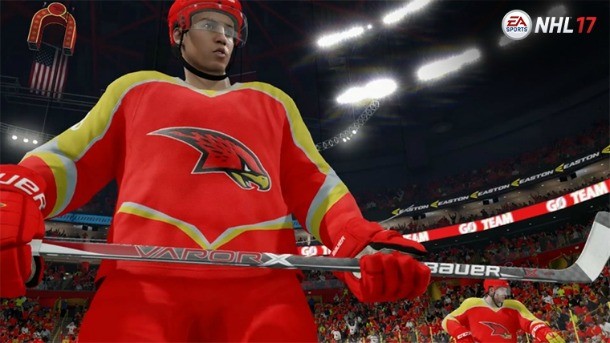 After a year's hiatus, the 6v6 competitive EASHL returned in NHL 16 with a new focus on balanced play. The ornamentation around the mode was Spartan to say the least, but it provided a good foundation for the future. NHL 17 takes the next step toward making this a destination mode, with new player classes, deep player/team customization, a new progression system, and several anti-griefing measures to keep the play civil.

We've already touched on many of these changes in our huge E3 preview, but EA just dropped a new trailer detailing these wide-ranging enhancements.

Some of the new details about anti-griefing should be positives. If a human goalie leaves a match that previously had two human goalies, that team is automatically handed a loss. A new coaching system will kick griefers who intentionally stay offsides, continually ice the puck, or vacate the goal. Each team now only has one pause, as well.

NHL 17 comes to PlayStation 4 and Xbox One on September 13.