The NHL is still on the fence about its elite hockey players taking time off during the season to compete in the next Winter Olympics, but Gary Bettman is still into waving national flags on the ice.

The league is demonstrating its commitment to patriotism in the upcoming World Cup of Hockey, which starts on September 17 and runs through the first of October. This tournament pits the biggest hockey countries in the world against one another (Canada, Sweden, Finland, Russia, Czech Republic, and USA) and along with two hybrid teams that represent the rest of Europe and the best young players in the sport, respectively.

To celebrate the tournament, EA Sports has added the World Cup of Hockey to NHL 17. You can watch a trailer of the action here, which showcases some of the new World Cup specific commentary.

NHL 17 is coming to PlayStation 4 and Xbox One on September 13. You can read more about the game here. 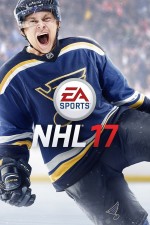