Now that the E3 dust has settled, we've had a chance to reflect on what we did and didn't like about NHL 16. To give our readers a clearer idea of what we think of the game at this juncture, I sat down with fellow GI editors Matthew Kato and Kimberly Wallace to share their hands-on impressions.

After last year's debacle, EA Canada clearly has a lot of ground to make up to produce a competent game and win back consumer confidence. Perhaps that's why to some of us the NHL 16 demo at E3 seemed to make bigger strides than the other titles in the EA Sports stable. Kim, what was your takeaway from your hands-on time with the game?

Kim: It definitely plays better than last year. It's a lot smoother. I like that players move left to right now instead of just up and down. It feels a lot more natural and it's better for them protecting the puck. No crazy hulk checks that I noticed; hitting feels a bit more realistic. I think we all experienced a feeling of, "This is a lot better!" But as you play more, you realize some of the same issues are still there, like no puck support in particular. Goalies are probably still one of the weakest areas in my opinion. I played on normal difficulty, and every time there was a screen it was a guaranteed goal. They still don't track the puck well, allowing some of the same scoring tricks to work, like the wraparound. What did you guys think were the strongest and weakest areas?

Kato: I agree that the small movements to cover a passing lane during a power play, for example, is a great improvement, but my biggest worry with the game so far is still your A.I. teammates. Like you said Kim, without puck support how are you supposed to set up the cycle in the offensive zone? I also noticed it when you have the puck in the defensive zone. It's hard to breakout when all the forwards are out of the zone and not facing the right way to receive your pass. Similarly, it's hard to make the typical defender-to-defender pass to negate the forecheck when the other defender isn't even facing up the ice. Bertz: You bring up some good points, Kato. I noticed a severe lack of urgency from A.I. teammates as well when trying to set up a cycle on the half-wall. Cycling is the primary way NHL teams drive possession in modern hockey, but teammates have no awareness of how to properly position themselves as passing options along the walls, and you can't pass to space like a lot of professionals do. Breakouts are still problematic, with too many forwards standing in place instead of rushing up the ice. I really miss the create-a-play feature that allowed me to set up my own breakouts. Another jarring feature is the on-ice tutorials. They may be good for newcomers, but I absolutely hate them and turned them off within the first minute of play because they obfuscate too much of the ice.

Those complaints aside, I noticed a lot of subtle improvements that in my limited hands-on time made the game overall a better play experience. Associate producer Ben Ross and I turned up the difficulty to all-star hardcore, which is the default setting for online play, and it was a much tighter game thanks to the improved control over player positioning in small spaces, toned down checks, better logic for sticks getting tied up, and the addition of stumbles when players get checked but aren't knocked to the ground. Ross and I both play a defensive-minded style, and we fought for every inch of the ice in our low shot total, low scoring games. On the higher difficulty the goalies seemed more up to the task, and since high-percentage scoring opportunities were scarce, when I failed to convert, it really stuck with me much like I feel when I watch Vanek or Pominville miss a wide open net for the Wild.

One other small improvement I should note – the goalie interference seems toned way down. But enough about gameplay. Kim, I know you played around with some of the game modes as well. What do you think of the changes being made? Kim: I sure did! Let's talk about the fact the simming games is so much faster now. That's a huge improvement, and I also like that they're trying something different with the Be A GM mode's morale system. I think having it affect player ratings makes it a worthwhile feature, especially in terms of GM management. You don't want a bad apple ruining the chemistry in the locker room and on the ice. I liked seeing the fluctuations throughout the year and how it reacted to trading away key players. Don't expect your team to be happy if you dump your star player or captain.

I'm still wondering how much it will play into trades. For instance, if someone is causing a negative impact on the team, will his trade value go down just because you want to get rid of him? Similarly, could I get a good deal on a star player because he wants out of a current situation? One thing that bothered me was the generic responses I can give to the players after games. I'd like to see more to this feature, but I did like how certain players react differently. Just because you're making Toews happy by playing hardball with the team doesn't mean that the team members you're pushing will take it well.

The biggest disappoint is Be A Pro; it's largely unchanged, with the exception of improved simming to your next shift, better coach feedback, and a progression system that allows you to craft the player type you want easier. I think the mode needs a huge overhaul. EA Sports should take some notes from NBA 2K's MyCareer. I just never feel the excitement that comes from being a rising star. I really want them to capture more of the trials and drama of being in the sport. I know you checked out some of the modes, Bertz. What did you think?

Bertz: I'm hopeful that the new morale system in Be A GM is a good building block to revamp that mode, which has been begging for a remodel for years. A lot needs to be done – a new scouting system, better trade logic, midseason contract negotiations, a dynamic hub like Madden that surfaces league happenings beyond which goalies are starting on a particular night, and roster sharing (which would be a great workaround for getting NCAA prospects into the game and reworking the player ratings so they aren't so horribly overrated) would all go a long way to bringing this mode on par with other sports games.

So far I like what I've seen from the morale system, because it adds another layer of strategy a GM needs to consider when making moves. To see what would happen to a team when a GM makes a dumb trade, I packaged Ryan Suter and Jonas Brodin in a terribly one-sided deal for some average prospects and a bag of hockey pucks. The locker room morale dropped quicker than T.J. Oshie after Phaneuf skated through the whistle. I like it that players remember who their friends are, so if you trade for one of your star players' buddies the team morale will rise. Conversely, to the point you raised earlier, I was assured that when a player has a bad attitude, his rating will drop and you won't fetch as much for him on the trade market. The system doesn't seem as deep or varied as NBA 2K (which I think currently has the most ambitious mode), but hopefully it serves as a building block that EA Canada can iterate upon in the coming years.

As for Be A Pro, you hit the nail on the head that this mode now feels so behind the times I'm not sure many people will bother playing it. At least the EASHL is coming back, and I'm hopeful the new player class system will help balance out the play and put the focus on tactics and skill instead of building a freak uberskater.

If you want to learn more about NHL 16 before the game launches on September 15 for PlayStation 4 and Xbox One, check out our extensive preview. 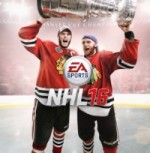