Trailer Reveals Challenges and Championship Mode
by Isaac Federspiel on Apr 10, 2014 at 07:19 AM In anticipation of NES Remix Volume 2’s release later this month, Nintendo has given us a trailer looking at some of the challenges included in the game. The new volume includes Punch-Out, Kirby’s Adventure, Metroid, Kid Icarus, Dr. Mario, and more classic NES Games.

Some of the challenges are goal oriented, like having to counter a fighter in Punch-Out, while others are crossovers that have you playing games like Kirby as ghosts from Mario invade the screen. Other challenges are based on visual trickery, like playing Mario with two clones to either side of you or having parts of the stage disappear.

NES Remix 2 also includes Super Luigi Bros, a version of Super Mario Bros played in reverse as the high-jumping Luigi, as a bonus. Those who own both Volume 1 and 2 unlock a Championship mode, which is a challenge to obtain the highest accumulative score in Super Mario Bros, Super Mario Bros 3, and Dr. Mario.

NES Remix is releasing April 25 for the Wii U through the eShop. We had some issues with the first volume, and you can check out our review of it here. 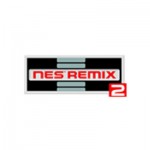