The Need for Speed series is known for its quality licensed soundtracks, and today, EA is letting players get a full listen to the soundtrack for the next entry.

The soundtrack includes music from artists like the Gorillaz, Queens of the Stone Age, Run the Jewels, and a whole lot of other musicians that I must admit I have never heard of because apparently I am old man and this is how I found out.

For more on Need for Speed Payback, which is coming to PlayStation 4, Xbox One, and PC on November 10, head here. 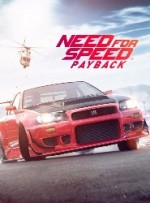