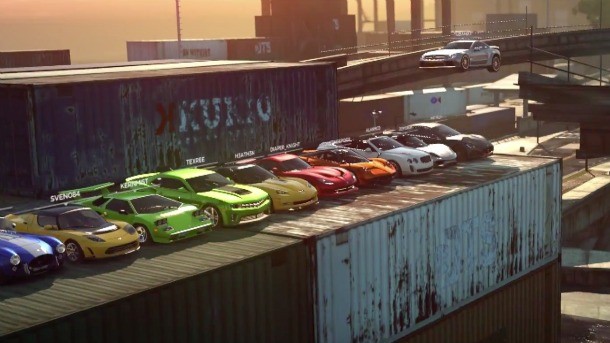 Criterion Games' Burnout Paradise eliminated the distinction between single- and multiplayer, and the studio's upcoming title Need for Speed Most Wanted does the same. Check out the game's latest multiplayer trailer.

As players race through the world, they will see their friends' accomplishments pop up in real-time. Pass by a speed camera that your friend has posted a top score on, and it will list that speed as you race by. You can even see billboards your friends have found because they'll have their ugly mugs on them.

Today at Gamescom, the development team also mentioned that almost all the cars in the game will be unlocked from the get-go, and that rides will become more powerful via upgrades.

Finally, via a feature called CloudCompete you can earn points in the console versions of the game and transfer them onto your iOS and Vita, and vice versa.