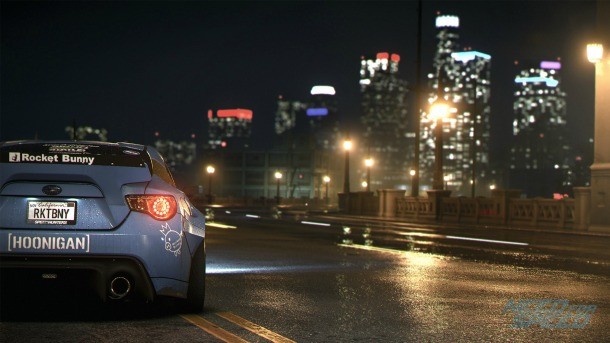 Need for Speed developer Ghost Games has talked about getting back to the essence of what the series is about. That's interesting talk coming from the company who has made past installments of the series, so what does that actually mean?

Customization is one huge aspect that the developer wants to tackle head on, and they mean business. This is achieved in the game in a number of ways. The car itself has 20 or so customization points, and we're not just talking about the rims and hood, but aftermarket and manufacturer-made parts that cover areas like the headlights, each rim individually (meaning they could each be a different color), side mirrors, calipers, canards (little bumper wings on the front and/or rear), and more.

There are also full body kits that serve as a sort of customization short cut. These save you some time if that's what you want, but also lock out some customization fields because the kit itself pre-determines the shape/look of certain areas.

Just as impressive as the visual aspects you can customize are the handling elements you can also tweak. There is a global setting that can tune your car between extremes of more grip versus more drift, but also a deep dive into myriad handling sliders covering sway bars, tire pressure, and other minutiae. Developer Ghost Games says that older Need for Speed gamers might want to tune their cars to feel more like the series did in the past, so these options can satisfying a variety of racing styles.

Out on the streets of Ventura Bay, we free roam to build up reputation points as well as take on checkpoint sprint races and drift races. Getting in and out of these is easy as driving up to a point on the map (you can also bring up a menu map and access races there), and you can even pull cops into a race as long as your not in a full-on pursuit mode or a specific story scene.

Need for Speed supports eight players, and the AllDrive online system pulls in willing cars in the vicinity who want to race and/or friends.

Racing only at night is a little strange for an entire game, but visually it might actually help you feel more on edge. The headlights of oncoming traffic blare their warnings, light sources streak by, and perhaps in the semi-darkness it's easier for passing objects to somehow look more realistic. Whatever the reason, the game's sense of speed feels good.

As engaging as the racing itself is, we're also really excited about the branching story paths of the game, but we'll have to wait until another time to get more info on that aspect.

Need for Speed comes out November 3 for Xbox One, PlayStation 4, and PC. 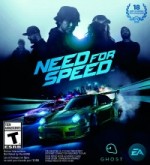