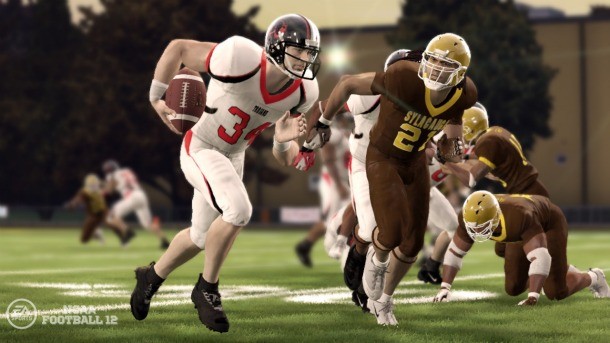 Road to Glory mode has been ill-served in the past few years, but EA Tiburon is focusing its attention on the mode for NCAA 12 with some structural changes.

The feature is being helmed by ex-Auburn running back Alex Howell, who wants to bolster the experience through three main new features: expanding the high school segment of the mode, Coach's Trust, and the upgrade store.

Players start Road to Glory mode playing through a full high school senior season. You can even edit your schedule and import teams from Team Builder to replicate your real school's actual schedule. The better you do, the more recruiting points you earn. During your senior season you'll  be actively recruited by schools of varying prestige and location, and you can even be recruited on both sides of the ball since you can play both offensive and defensive positions during your high school season. Based on your performances each week, you accrue recruiting points that go toward earning you a scholarship at the three schools you put on your short list before the season starts. If you're putting up impressive numbers, more schools may approach you about scholarships as well. You can also walk on elsewhere if you like.

Once you get to college, you have to work your way up the depth chart by earning Coach's Trust points. If you're not a starter, these are earned by excelling in the newly formatted practices, which now boast 25 reps in a single session. You may also have an opportunity to earn points as a backup if you see the field via an injury or during mop-up time. When you pull even with the player on the next rung of the depth chart, you'll have to compete against them for the spot in a glorified practice session called a Position Battle. 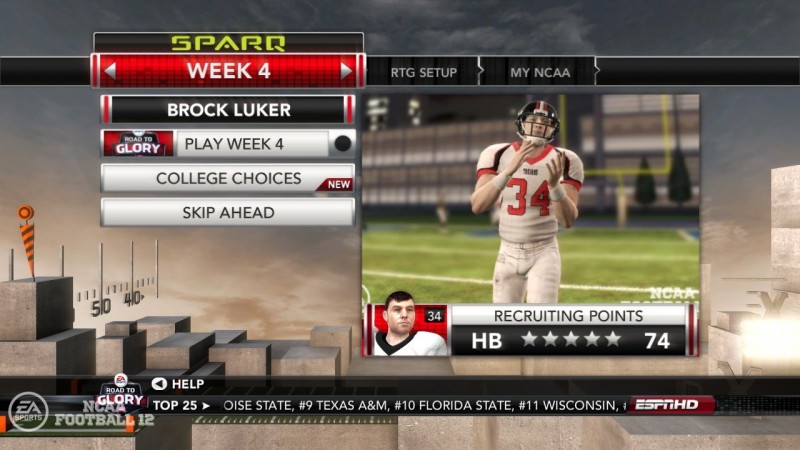 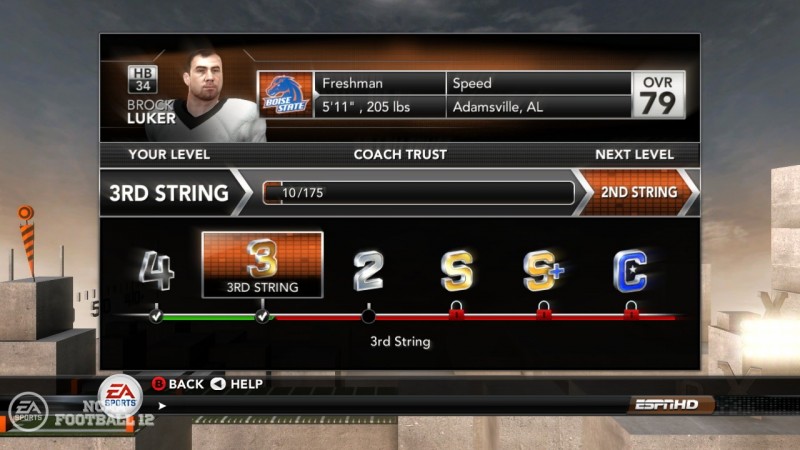 Once you become a starter, nothing is set in stone. Coach's Trust points are still gained and lost through your play, and there is still progress to be made. For example, QBs who keep earning Trust points eventually gain the ability to call audibles or hot routes. Extra plays can also be earned. These let you call different plays than the ones the AI gives you. Hopefully this shouldn't be too necessary, but the AI in past NCAA games has a history of offering bad plays at the wrong times.

Perhaps the biggest – and most interesting – addition to Road to Glory mode is the upgrade store. This lets you improve your player by spending XP you earn on the field. Each week the store features six items from a stock of 600. Each item is specifically designed around your position and highlights the different attributes that can be used to make your player into who you want him to be. For instance, a scat back pack is designed to boost your juking and acceleration. Each item varies in cost, duration, and rarity.

Despite these new tweaks to the mode, Road to Glory's feel during the season should remain largely the same. The hub isn't moving towards a personalized apartment or anything, and your calendar between games is confined to just practices, so there's no chance to run afoul of NCAA regulations or anything like that. Our biggest concern for the mode, however, is whether or not the AI play calling is improved. Let's hope so for the overall playability of the mode, these new additions aside. 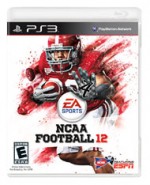