Last year's MyCareer story, written by Spike Lee, wasn't an unqualified success, and so for NBA 2K17 (coming out on September 20 for consoles new and old) developer Visual Concepts is going back to the drawing board.

Your player comes into the NBA as an up-and-coming player, and his story dovetails with that of teammate Justice Young, voiced by Creed actor Michael B. Jordan. The story mode focuses more on the action on the court this year (as well as within the locker room), and there's drama, customization features, and plenty to do as you rise to the top.

For more on the game, also take a look at the recent trailer detailing the work done on the game's arenas, as well as the 89 Things We Know About NBA 2K17. 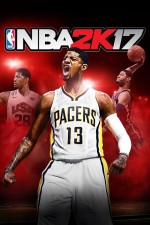