The NBA 2K series has always had a well rounded game, but if you were to pick out a weakness most would point to its difficult post game. Though it offered myriad options for backing down defenders and making moves to the rim, it wasn't the most accessible system. With NBA 2K12, developer Visual Concepts hopes to change that.

Gameplay producer Zack Timmerman broke down all the new post moves on the NBA 2K12 Facebook page, most of which revolve around making it easier to pull off moves with your back to the basket and to defend your own hoop. The biggest change is the integration of the Y (or triangle) button in the post game to give you more freedom of movement from the post.   This allows more agile players like Richard Jefferson to seamlessly switch between backing down or facing up their opponents. The left analog stick still controls your movement and the right analog stick your shots, but Visual Concepts also added a left trigger modifier to make it easier to pull off stand-still fakes to create openings.

Other changes include the addition of more shooting options from the post, anticipation defense that lets you use positioning to win post battles, defensive counters, and "steal fails" that will punish players who spam the steal button. 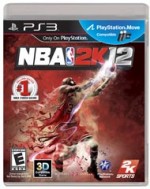