Last year at GDC, Metanet Software announced that it was working on another N games. N+ was one of the better platformers this generation, and you can see how it might have influenced the development of games like Super Meat Boy. Watch this tiny ninja dance across explosives and avoid other pitfalls in the trailer below. 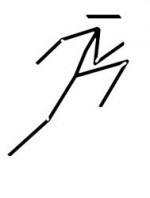