MotorStorm Apocalypse Races Into The Third Dimension
by Matt Bertz on Jan 06, 2011 at 02:10 PM MotorStorm's unique brand of extreme racing has already cruised through hostile outdoor environments like the jungle and the arctic. For an encore, Evolution Studios is going to the big city -- an abandoned metropolis decimated by a series of natural disasters that are still ongoing. This is, after all, the apocalypse.

Rather than stock up on tomato soup and lock themselves in the bunker, a community of thrill seeking speedsters has decided to spend their last days ripping up the uneven pavement in the midst of the city's chaotic collapse. To give you a clue as to why these crazies are slamming on the gas in the belly of the beast, Evolution Studios is crafting a light story around the action that's relayed via comic book style cutscenes.

As one of the extreme game participants, players start racing at the beginning of the storm, burn though its most tumultuous events, and hopefully come out unscathed in the unstable aftermath. Players can choose to control one of three characters, each of whom represents a different skill level and faces different AI racers and environmental obstacles.

All of the vehicles from the previous MotorStorm entries return (including the popular monster trucks), and to spice up the competition Evolution is adding super bikes and muscle cars. As players race though the city, new natural disasters will significantly alter the race track, guaranteeing a fresh experience even though you're driving on a track for the second time.

The area I raced though, dubbed The Mile High Club in the Skyline level, took place on top of several damaged five-story and high rise buildings. Alternate routes return, as players can sky hop from building to building or take their chances by going through the halls of the decimated buildings filled with electrical hazards and fires. With no water in the pavement heavy district, to cool your engines you must drive over air vents or take your foot off the gas as you fly several stories downward coming off a jump. The 3D effects seem more subtle than in other Sony games at the show, but it felt very jarring when I accidentally slammed into a metal gate when trying to cut off an opponent while coming around the corner.

With 40 races and a new challenge mode that allows you to customize the racing experience by cherry picking the hazards, offline racers have several options to get their adrenaline rush. MotorStorm Apocalypse also features 16-player online races and customizable 4-player offline splitscreen competitions.

When you're not racing you can spend time gazing at your collected cars or customizing your favorite ride to gain an edge on the course. Vehicle tweaks include handling improvements, boosts to your boost meter, and altering the cooldown time for your ride.

Look for MotorStorm to crash into storefronts this coming spring. 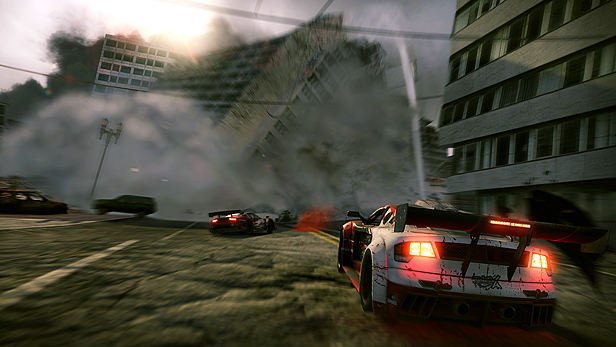 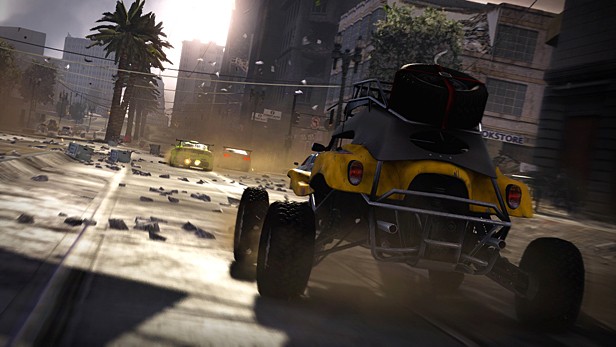 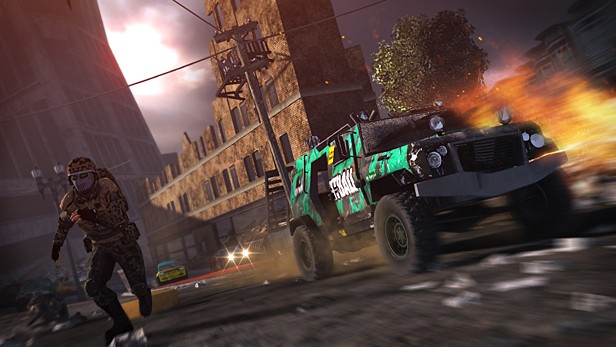 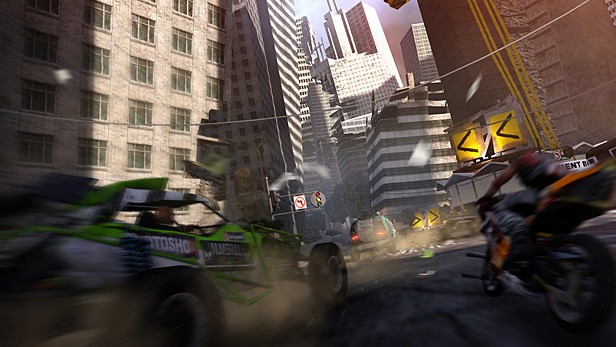 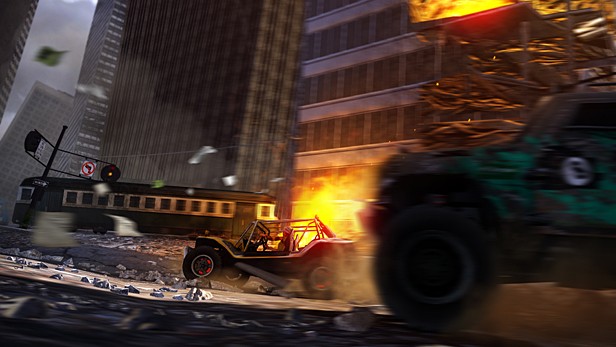 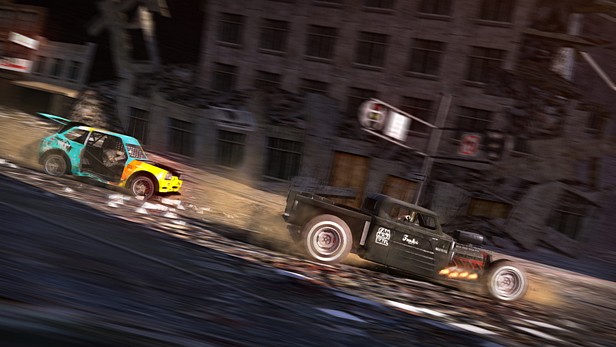 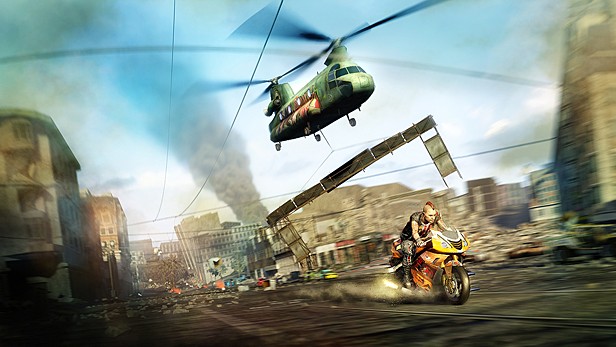