Rumors have been circulating all day that the universe's most dangerous hunter would be joining the cast of Mortal Kombat X, and those rumors weren't just wishes, because we just got ours.

Predator is part of The Predator/Prey Pack within the larger Kombat Pack DLC package. The Predator/Prey Pack includes the Predator as a playable character as well as Predator-themed skins Commando Johnny, Infrared Scorpion, and everyone's favorite Burger King eating boxer Carl Weathers as Jax. Classic Mortal Kombat combatants Tremor and Tanya will be included as well.

For $29.99, Kombat Pack owners will get early access to the downloadable content before it’s made available a la carte. Don't miss our preview of Mortal Kombat X's story mode.

Mortal Kombat X is scheduled for release on April 14 for Xbox One, Xbox 360, PlayStation 4, PlayStation 3, and PC. 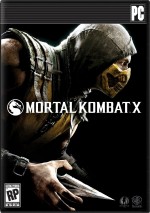