Does Monster Hunter World Do Enough To Appeal To First Time Players? Many U.S. players might not know it, but Monster Hunter is one of Capcom’s biggest brands. This action-RPG series has always focused on co-op play and drawn out monster hunts through living ecosystems. The series always sold gangbusters in Japan, but has taken a while to build it base in the west. Monster Hunter World looks to strengthen that base by overhauling many of the series systems – such as having one giant open world instead of segmented areas – while remaining faithful to the classic Monster Hunter concept.

To find out if this entry does enough to bring in new players and Monster Hunter skeptics, we sent two Monster Hunter newbies to check out Capcom’s extended demo at E3.

Ben Reeves: I know a lot of Monster Hunter fans who lost their minds after Capcom unveiled Monster Hunter: World during Sony’s press conference, but I’ve never been a Monster Hunter fan, so I wanted to see what the fuss was about. The demo we saw was basically one long hunt for a T-Rex-looking creature called an Anjanath.

Suriel, as another Monster Hunter first-timer, what was your impression of that demo?

Suriel: I’ve been interested in trying the series for a long time (especially after becoming a huge Dark Souls fan in recent years), but I could never justify the time commitment between other games, and I was holding out for the next major console version to see if the series would finally click with me.

The trailer at Sony’s press conference piqued my interest, but that half-hour really sold me on it. While it doesn’t have the graphical fidelity or facial animations of an Uncharted, it looks like the next step for the series, even if, from my admittedly casual knowledge of the series, it doesn’t look like a huge departure when it comes to the actual monster hunting. We talked for a bit after the demo and you seemed more skeptical. How come?

Ben: There are a few things that still turn me off. While the series looks better than it ever has, it still looks a little rough around the edges in parts. I like the giant living ecosystem, in theory, but the creatures still don’t behave very naturally. It just seems strange that you can run right up next to wild animal without it freaking out. At one point, the hunter was practically walking on top of a sleeping monster, but the creature didn’t even move.

Of course, these are really minor gripes that I could look over if the game is really good. My biggest problem is that I think the hunting mechanics would wear on me. I like that each hunt would play out like a big boss fight, but the hunt we saw lasted almost 20 minutes as the hunter and the Anjanath chased each other across the map. On one hand, I like that the hunter was able to make use of the environment and lead the creature into a few traps, and I thought it was really cool that other creature would sometime wander into the fight and bite off a piece of our monster. On the other hand, the Anjanath was a giant bullet sponge, so it was really hard for me to tell how much damage our hunter had really done to it over the course of the battle. In the end, I think those hunts seem exhaustive, and I think it would feel tedious in the long run. But I can also see that that kind of epic battle might appeal to someone else.

What was the most exciting moment of the demo to you?

Suriel: A couple of big moments stood out to me. The biggest surprise was the ecosystem you mentioned earlier. Midway through the demo, the hunter lured the Anjanath over to the nest of a Rathalos, a flying monster. The audience didn’t know it was a nest at first, so when the Rathalos swooped in, saw the Anjanath as a threat and tried to carry it off in its talons. That was a great way to show how your hunter is just part of a larger world that doesn’t always treat you as its center.

The other thing that stood out to me was, like you said, how exhaustive hunts can be. The entirety of the demo was spent hunting a single monster. The hunter had to use Scoutflies to track down the Anjanath, sneak around it on occasion, drink potions to stay in the fight or power up, and think about the environment more critically than you see with most boss fights. At one point, the person playing the demo seemed to run away from the Anjanath for about a minute, which even confused the person narrating. In the end, he was trying to lure the Anjanath over to a spot where he could hit it from above with an aerial attack.

I do see your point about the rough edges, though. That moment where the hunter was hiding in a bush and the Anjanath sniffed right next to him and didn’t notice him was a bit disappointing. But I’m willing to look past those rough edges, because what I saw hinted at a lot of interesting tools, systems, and level design that could lead to some cool moments of triumph, where all the effort you put in finally pays off.

I’m a little disappointed they didn’t show off any multiplayer (that was a separate demo we didn’t get to see). You’ve played some Destiny, Ben - did you see anything in that demo that appeals to you from that co-op angle?

Ben: Yeah, I can see some Destiny parallels. I like the game’s basic loop of “go out on a hunt to gather resources then return to your base and use those resources and materials to make better gear.” That loop worked really well for me with Destiny, and of course that kind of game is a blast to play with friends. Maybe the hunts wouldn’t feel as fatiguing if you were playing with several other friends, as well.

The other game that Monster Hunter World reminded me of was Horizon Zero Dawn. I liked the monster battles in that game, and those can be a little more involved as you after to knock of machine parts and beast can get in fights with other creatures. However, I think Horizon did a better job of communicating how much damage you were doing to an enemy, and those combat encounters rarely lasted 20 minutes.

I don’t want to sound too negative on Monster Hunter World. I think it looks like the most newbie-friendly Monster Hunter to date and I see why Monster Hunter fans are excited about this one. I’m just not ready to put money on a pre-order. Ultimately, if you like the idea of having to fight to the tooth to take down a monster that can absorb a massive amount of damage before giving up the ghost then Monster Hunter World might be up your alley. But, you probably also know if this isn’t for you. 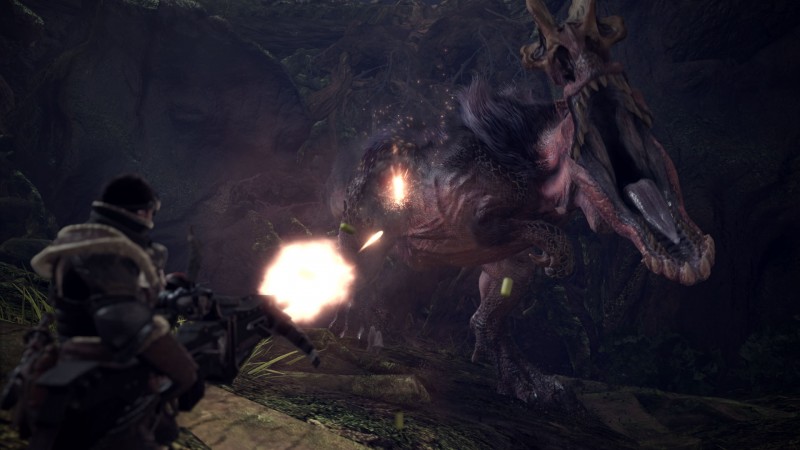 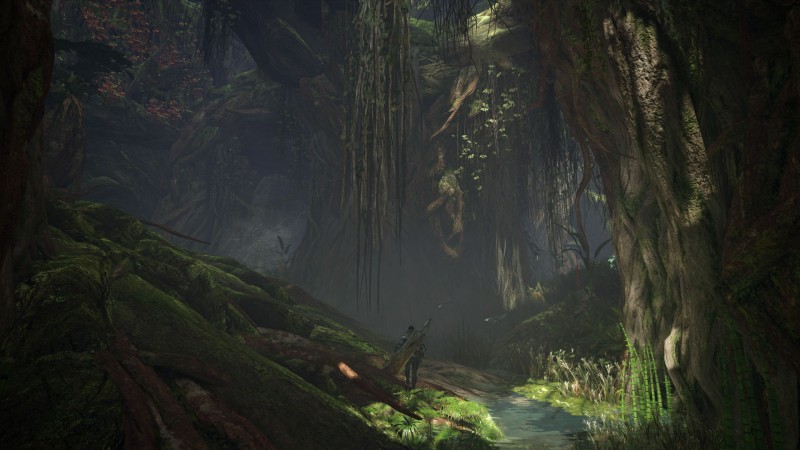 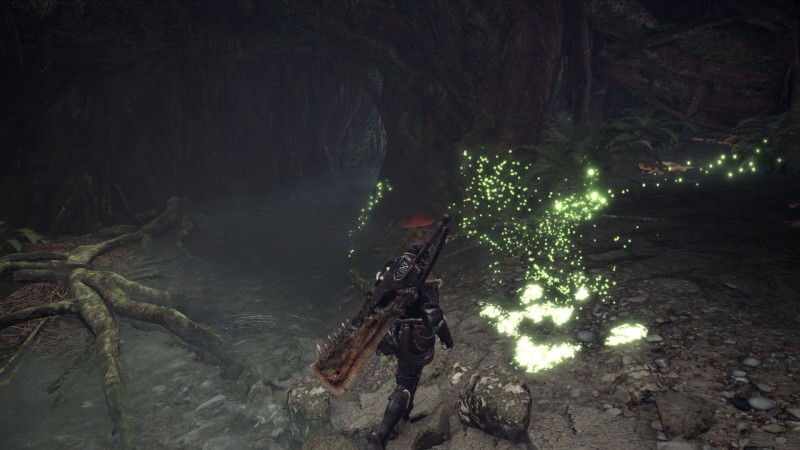 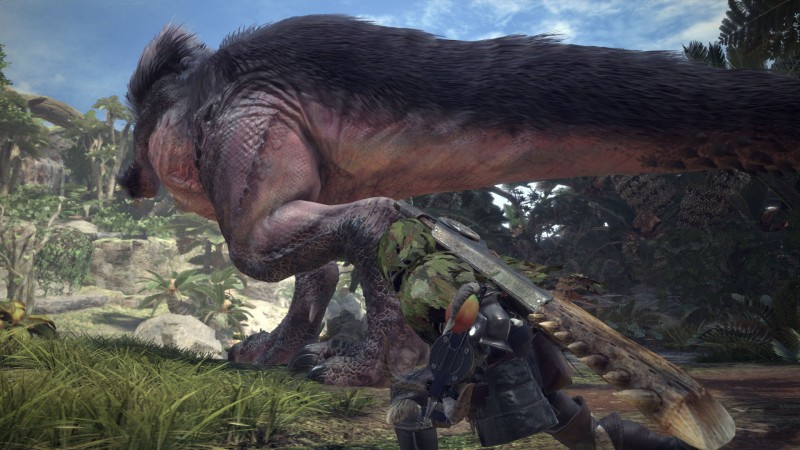 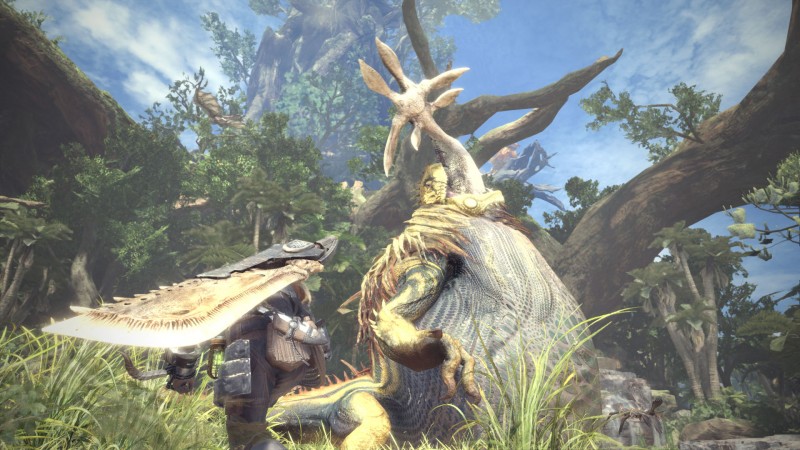 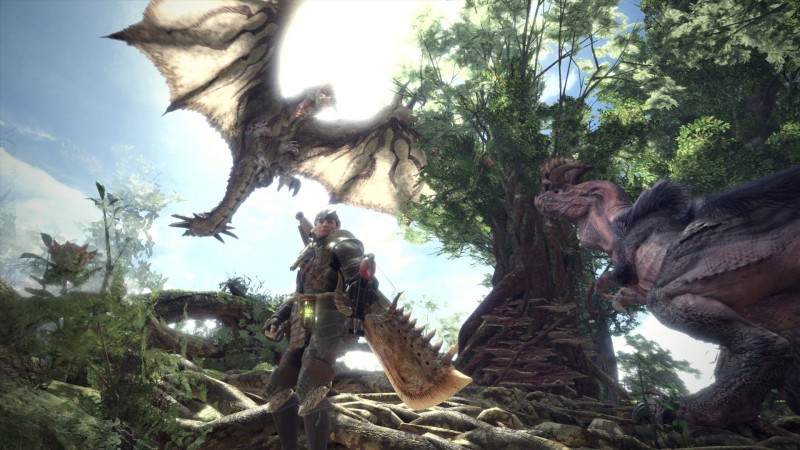 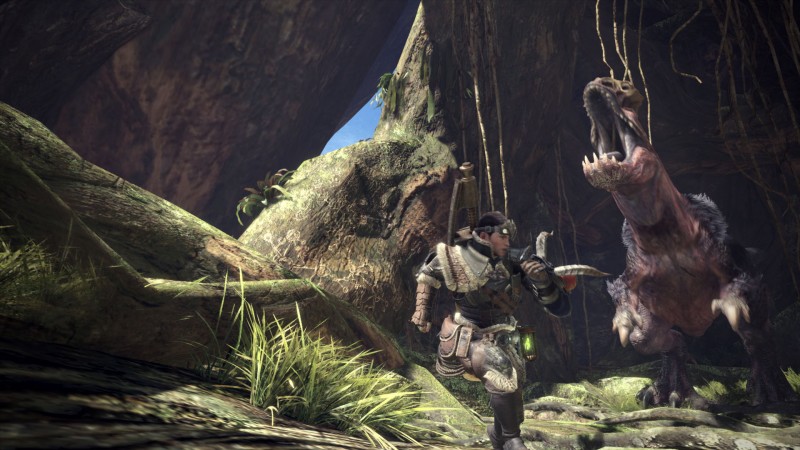 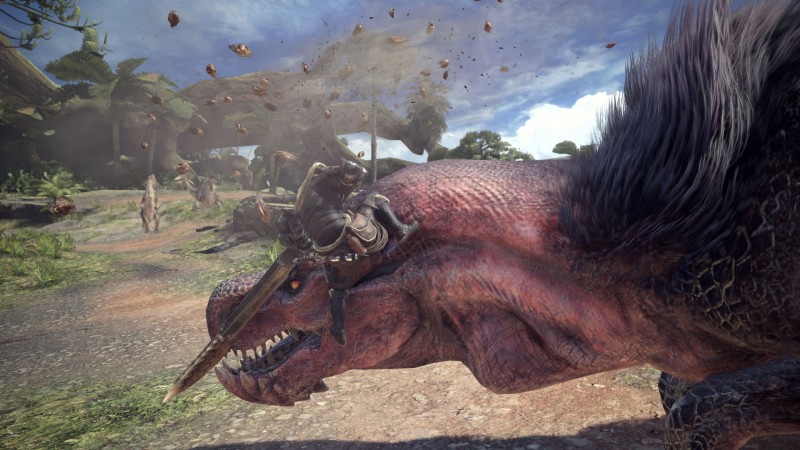 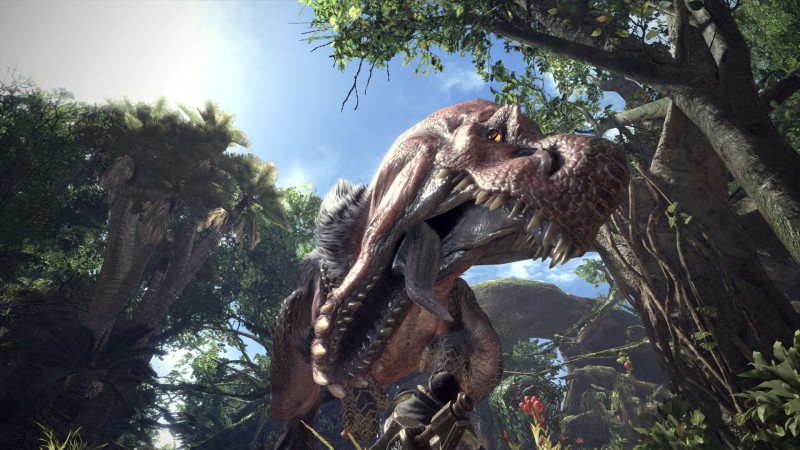 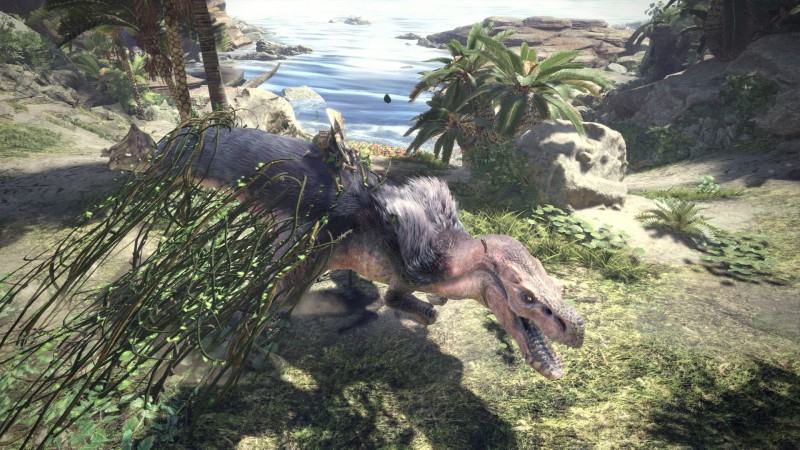 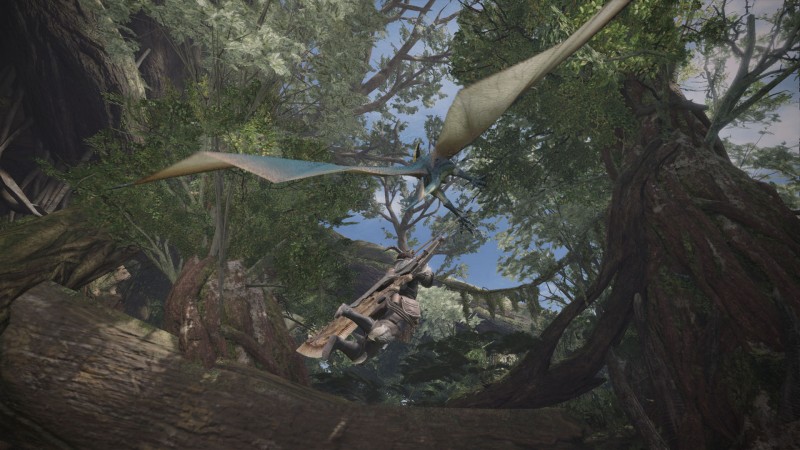