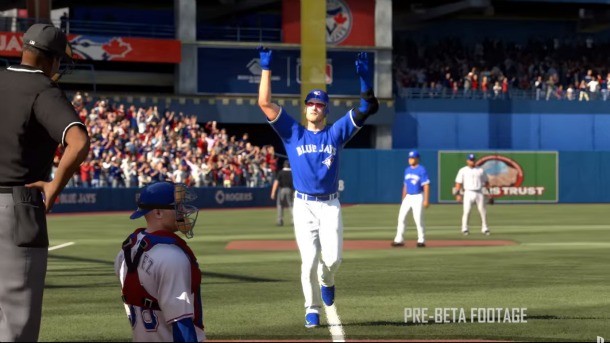 The PlayStation Experience this weekend was rife with announcements and trailers, but sports fans have one of the biggest takeaways. Developer Sony San Diego has announced MLB The Show 16 for both PS4 and PS3, due out in early 2016.

The newest addition to the game, due out on March 29 next year, is the "Showtime” feature, which allows players to slow down gameplay for critical precision. Examples of such uses include diving plays, third base reactions, and batting.

Road to the Show mode has also received some revamps. A redone training system allows players to unlock gameplay perks as they play. For the first time in the series, players can also avoid navigating the main menu between Road to the Show games.

Those who pre-order the game will receive 10 bonus standard packs and an MLB The Show Player Rep Rookie Card when you pick up or download the game.  Check out our review of last year's MLB entry here.