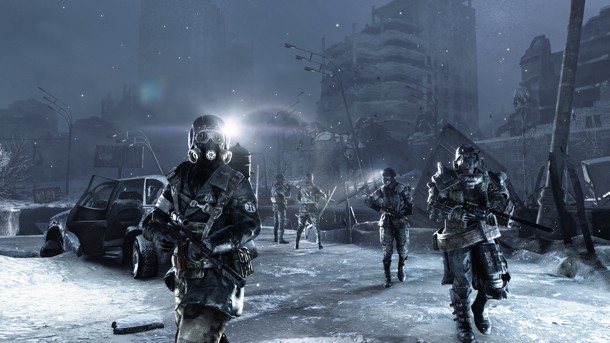 Deep Silver and 4A Games have remastered Metro 2033 and Metro: Last Light – and this new video shows just how much they've improved the games.

This new trailer shows off a lot of side-by-side footage of Redux and the last-gen versions of the Metro games. As you can see, it's a e very marked improvement.

4A Games hasn't just improved the visuals, Metro Redux also features better AI, weapon-handling, and framerate. They developers have created new areas to weave between levels that ended and started abruptly, and have added new secrets and enemy encounters. PC users will be able to run the game at 4K resolution if their gaming rig can handle. The Metro games are two of the most underrated of the last generation; Redux looks like a great way to experience them if you haven't already.