Remote play will apparently be an option for the upcoming Metal Gear Solid V: Ground Zeroes, if recent tweets from series creator Hideo Kojima are to be believed.

Kojima didn't offer any concrete details in his tweets simply offering the three images you see here and and saying, "GZ on Vita today." "So great graphic!," and "Playing on VITA." It's unclear if these images refer to remote play with the PlayStation 3 or 4 version of the game, or both. Kojima has always been a fan of the idea of playing the same game on both a handheld and a home console, coining the term Transfarring before Sony was using the term cross play. The PSP game Metal Gear Solid: Peace Walker was capable of sharing its save with the HD, PlayStation 3 version of the game. 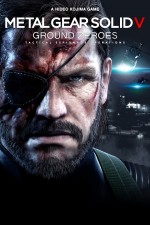