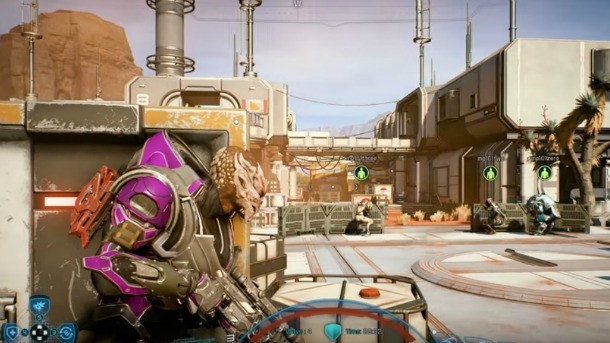 With Mass Effect Andromeda's launch just around the corner, BioWare is showing off more of the game. Today, it posted a video highlighting the game's multiplayer and sharing some more details about it.

The cooperative multiplayer lets you join up with other players for a team of four and battle waves of enemies, all in the name of surviving. The game has over 25 kits available at launch for you to choose for your character, including species from both the Milky Way and Andromeda galaxies. Just like in the past, you can customize your loadout with weapons from the single-player campaign.

At launch, BioWare said it will have 40 unique weapons that use the Milky Way, Heleus Cluster, and Revenant technologies. There are no class restrictions; any character can use any weapon, and you can modify and upgrade them for an edge on the battlefield. You can also use boosters, which grant you additional attributes like cyro ammo, increased shields, or faster cooldowns. As expected, you use the XP you earn to upgrade your character and evolve existing abilities, and can use credits (earned in the game or purchased with real money) to buy packs that unlock weapons, characters, and mods.

At launch, the game will have five multiplayer maps, including one on an abandoned Kett ship to another featuring a sprawling desert. The video gives a brief look at each map, so be sure to give it a watch.

The video also sheds some light on strike teams. You can launch these from your ship, sending Apex teams on important missions, such as eliminating hazardous materials or disrupting enemy communications, for the Andromeda Initiative. The benefit to doing so is to earn rewards that can be used in the single-player campaign. These missions can be completed by your single-player Apex strike team or in a multiplayer battle.

Check out the video below to see a match in action and learn more about the multiplayer.

Mass Effect Andromeda launches on March 21 for PlayStation 4, Xbox One, and PC.

For more about the game, you can check out our recent preview, or click on banner below to view the content hub from our cover story.