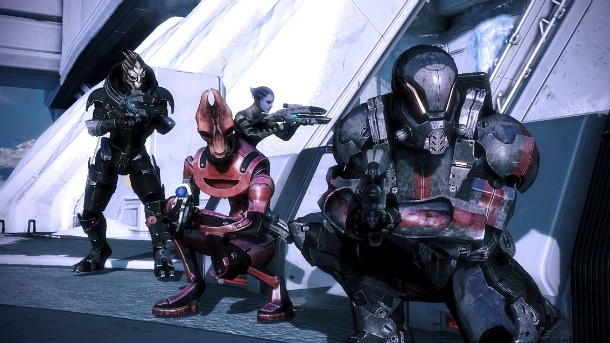 Rumors of a multiplayer mode had been swirling around Mass Effect 3 since its announcement, but EA and BioWare finally made it official. The series’ third entry will have a separate co-op mode that allows you to play alongside your friends – an addition that may raise some doubts among Mass Effect’s legion of single-player fans. If you haven't seen it yet, you should catch up by checking out the co-op reveal trailer.

I was skeptical when I first heard the news, too. Mass Effect is a shooter/RPG that built its reputation on an ambitious single-player story stretched across three epic titles. Isn’t adding a multiplayer component just a cheap ploy to cater to a different demographic? Won’t that alienate the people who made Mass Effect a success in the first place? Those were the questions that worried me, but after spending an hour playing the co-op mode in Mass Effect 3 at an EA event, I’m not worried anymore. Here’s why:

1) You Don’t Have To Play Co-Op
The conclusion of Commander Shepard’s tale is still a single-player affair. The co-op mode is a separate thing, and Mass Effect 3’s best ending can be obtained entirely within the confines of the campaign. To me, this is the most important factor. By not forcing players to dabble in multiplayer, EA and BioWare have ensured that those seeking a “classic” Mass Effect experience don’t feel betrayed or alienated. At the same time, the option is there for those who are interested.

2) Gameplay Doesn’t Suffer
The core combat mechanics in co-op haven’t been changed drastically to accommodate the new mode. You still choose from among the six major classes (soldier, adept, engineer, vanguard, sentinel, and infiltrator), and level up as you gain experience. The biggest difference is that you aren’t completing a scripted mission; you’re fighting off waves of enemies. The gunplay involves squad tactics, taking cover, and using your class powers to their fullest. As an adept, I threw a singularity into a crowd of advancing enemies, and as they twirled in mid-air, my soldier teammate gunned them down. It feels exactly like Mass Effect should – but it adds a fun element of cooperation. 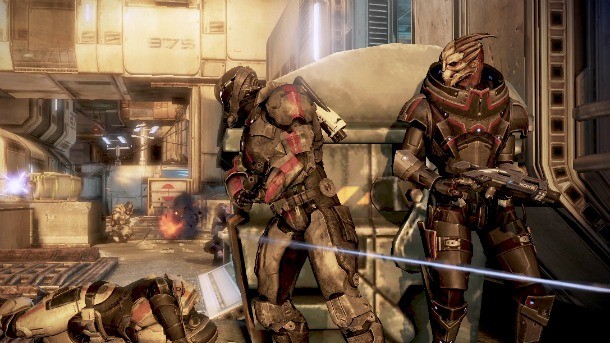 3) The Depth Is There
The goal in co-op mode isn’t just to survive waves of bad guys until you are eventually overpowered. Each mission has a finite number of waves, and if you make it all the way through, you get a nice experience bonus. But even if you fail, you retain the XP you gained. That XP is the core of my favorite part of ME3’s multiplayer: the leveling. Each class has a full set of skills like you’d see in the single-player campaign, including different branches for each power. As your character gains levels, you earn more skill points to apply to your abilities, like increasing health, learning new biotic powers, or decreasing cooldown times. All of these upgrades carry over from match to match, and the persistence gives you the satisfying sense of building a powerhouse from the ground up.

4) Co-op Feeds Into Shepard’s War
Though you aren’t forced to play multiplayer, the time you spend in co-op isn’t completely isolated from the main game. The awesome multiplayer characters you take into battle can appear in the single-player campaign as war assets for Shepard to dispatch. EA is calling this the “Galaxy at War” system, where the Reaper threat is reaching critical levels in multiple areas of the galaxy. Shepard can’t be everywhere at once, and multiplayer characters join the other power groups (like the Salarian Special Forces) that are available as war assets – the soldiers that help keep things under control long enough for Shepard to finish the fight.

5) Play As Other Races
Shepard works alongside most of the major races in the galaxy, but players never control any of the other species in the single-player campaign. Co-op gives you the opportunity to step into some alien shoes. In addition to humans, players can choose to be a Salarian, Krogan, Turian, Asari, or Drell character. All of my hands-on time was spent playing as a human, but I’m looking forward to checking out what the other species offer. While largely a cosmetic choice, each race will have some sort of unique capability, but BioWare isn’t giving out precise details yet. Even without any specifics, I expect to see a lot of Krogans storming around in co-op.

What are you thoughts about BioWare's inclusion of co-op multiplayer? Share in the comments below!