PlayStation 3 owners can now play M.A.G. completely free of charge, provided you have 1.8 GB free and the patience for a long download. I spent my day playing the Sabotage mode, which begins similarly to the COD gametype but features a different endgame. Rather than simply capturing points A and B to win, gamers have to capture A and B simultaneously before they have an opportunity to blow up C. A and B can be satellite uplinks that need to be shut down before C can be reached. Once these sats are down, the entire focus of the attacking team shifts to destroying a single location on the map. While the Domination mode will feature the insane 256-player support announced at E3 a couple of years back, Sabotage limits the participants to the still-ridiculous 64.

Upon first starting, you'll select a faction and customize your character using the fairly basic creation tool. Your loadout is limited at first, as are your skills (M.A.G.'s equivalent to Modern Warfare's perks). Many comparisons can be made to Infinity Ward's juggernaut when it comes to character progression and controls, but the core of the gameplay is certainly more team-based. Once the attacking team captures A and B, you can opt to parachute into the action in lieu of the preset spawn points. There are pros and cons to this...you'll wind up on the ground closer to the objective you need to bomb, but you and your squad are sitting ducks as you float through the air. On the other side of that coin, it's a ton of fun to spray assault rifle fire into an airborne squadron.

On the whole, the experience is certainly less chaotic and frantic as Modern Warfare 2, and you really have to work for your XP. Thanks to match bonuses and other point rewards, MW2 players could level up significantly even if they were downright awful at the game. With M.A.G., the large majority of the experience you gain will be directly related to your actions and yours alone. To encourage teamwork, you'll earn extra XP by completing objectives given to you by your squad leader.

You won't be eligible for leadership positions until level 15, and the 256-player Domination mode isn't available until level 10. I ended the day at level 6, so keep an eye on the site this week for my impressions of the large-scale Domination. It took several hours of playing Sabotage in the MAG beta, but I finally opened up the much-hyped 256-player Domination gametype after ranking up to level 10. After spending the latter half of today as a tiny cog in a giant wheel, I can safely say that playing with hundreds of other players is an entirely different beast than playing with a few dozen. Differences were immediately apparent upon starting my first round of Domination. Not long after spawning, I was greeted with gigantic turrets, vehicles that serve as moving spawn points, and more name and health indicators than I've ever seen in a game.

Despite how easily a 256-player gametype could devolve into utter chaos and incomprehensible action, MAG does a very good job of organizing the mayhem. It definitely takes time to figure out what exactly you're supposed to be doing, but after a round or two it becomes more and more apparent. There are two squads, each with 128 players. Each squad is split into four platoons of 32 players each, and each platoon is split into four teams of eight. Each team is given a different objective at the start, and it's definitely in your best interest to follow orders (both in terms of XP and overall victory). One map starts with each attacking team being assigned to take over a burnoff tower. Eight of these towers are spread across the massive map, and they'll overheat and shut down if a pair is taken simultaneously. Once they're taken down, your team will be given another objective and push further into the defending team's base.

The nature of the objectives breaks these massive battles down into numerous small skirmishes. One heated battle may be taking place at a burnoff tower, while another battle will be waging over the gate to the main facility. If a pair of teams takes over their burnoff towers early on, they can hop in an APC and scurry over to join another team in their fight. You'll get a great sense of the scope of the overall mission by going into your map view and just scanning over all the activity occurring simultaneously on the ground. Clusters of blue dots will be swarming around key red structures, over and over across the entire area.

With all of this action occurring simultaneously, it's amazing that everything seems to work just fine for the most part. Some message boards have received complaints of lag or connection errors, but all of my matches have completed without error. From this early look at the beta, it seems that the controls and visuals aren't anything that would shake up the FPS genre, but it's easy to forgive these facts when you realize the sheer amount of activity that's occurring at once on the battlefield. 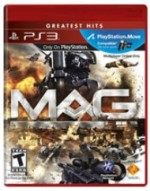