Madden NFL 17 recently unveiled some of its first details, and while a new sheen for the series' franchise mode was touted, the development team at EA Tiburon also has gameplay in its sights. This includes attempts to fix some long-standing gripes from fans.

MONEY PLAYS
Money plays – those ones that people spam over and over to near-guaranteed success – are the bane of any sports title, and Madden has its share. But Madden 17 has lofty aims to eliminate those. "What we would like to believe we have built is a defensive counter to every single offensive concept that exists in Madden,"says creative director Rex Dickson. A UNIVERSE OF PHYSICS
After years of trying, Madden 16's physics finally brought more realism to the game's hits and tackles. However, Dickson admits not everything on the field got converted to the new physics system, such as the football itself. Now he says the ball is in the "same universe" as the players. 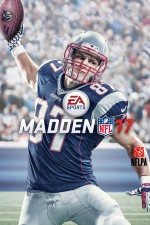