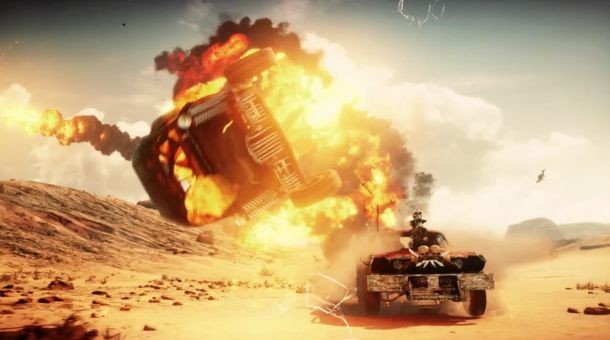 Mad Max comes out next week, and to give the general public a taste of what's in store for them, Warner Bros has released a quick TV spot that dutifully notes that the game is indeed rated M for Mature.

For those of you unaware of what usually happens in a post-apocalyptic world; the game's wasteland is a harsh place. As the trailer points out, there are no heroes, only survivors (and the chumps who get in the way of said survivors). While it doesn't talk about Mad Max's plot or finer gameplay points, it does drive home (no pun intended) that violence often has to be met with violence to get what you want.

Mad Max comes out for PlayStation 4, Xbox One, PC on September 1.