You would be forgiven for not knowing about Lost Soul Aside before this preview. When I saw the extremely long lines in front of the two-TV demo station at PlayStation Experience, I was similarly confused, and turned my head to try and figure out what I was looking at. We posted about some gameplay footage last night, but we finally got hands on time with the game.

Made by a single developer in mainland Asia by the name of Yang Bing, Lost Soul Aside looks and plays way better than it has any right to. A first look at the game belies its development resources, with graphics that rival a lot of large publisher-backed games on the PlayStation 4. There are obvious shortcuts, like the demo being contained to a small, geometrically simple cave, but the graphics and art invoke Final Fantasy XV more than anyone could expect of an indie title.

The virtues of Lost Soul Aside are not necessarily centered around its graphics, however, as much as they are how the game feels to play. It is a character action game through and through, with immediate controls that simultaneously feel smooth as butter and urgently reactive to you. Dodging is set to a button combination of Square and X, which I initially thought was one button too many at first, but it allowed me to dodge between quick frames of hammering the attack button on a monster's face. The demo allowed use of three different weapons, a broadsword, a double-ended spear, and one-handed sword. All three were interchangeable using the shoulder buttons and could be mixed and matched during combos. The broadsword, a blunted blade that glowed a gnarly purple, was the strongest of the three but slow to the point of inviting enemy attacks. By contrast, the spear is lightning fast, punishing button mashers by locking them into combos that might not stun enemies. It does, however, have the fantastic quirk of blocking enemy projectiles while backdashing by spinning rapidly. The regular short sword is a mix between the two and I found it to be my preferred weapon.

The demo was not extensive, though given the small staff on the game, that is not unexpected. It is a playground to test combos against enemies that can and will kill you given the chance. There is no level structure or any progression beyond defeating waves of monsters until the boss appears.

The boss of the demo is a behemoth-like monster that might feel safer at home in Dark Souls than anything else. This analogy even extends to his moveset, which is made up of large swipes and wind-ups that give you ample time to dodge as long as you're paying attention. When the boss' HP, which is invisible, is drained halfway, the quadruped stands up on his hind legs and engages you with his own sword moves. I didn't last beyond this form, but its influences are clear. Dodging is governed by a bar that depletes one visual notch with every dodge. It refills incredibly quickly so long as you aren't attacking, but that can be a difficult thing to balance in the heat of the moment. The dodging feels good, but the window is not so wide that you can simply assume dodging will save you from an attack. It has to be timed and timed well.

While it is unlikely it will ever live up to this comparison, Lost Soul Aside felt to me like a strange combination of Metal Gear Rising: Revengeance and Bloodborne. A lot of how well it can meet those lofty standards is still left unanswered, but Lost Soul Aside is absolutely one of the most surprising games at the show, and I can only hope it fulfills its promise.

The producer at China Hero Project has told us they are not yet sure if the game will be coming to the west but they are hoping to muster enough enthusiasm to bring it. 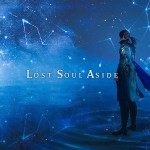