It may not have been made entirely clear in Final Fantasy XIII or its sequel, but Lightning's character is apparently a huge fashionista.

The trailer showcases more than 40 of the different outfits that Lighting will be able to wear during the final part of the Final Fantasy XIII trilogy. They go by quick, but there are many recognizable outfits from other Final Fantasy games, including Final Fantasy VII. 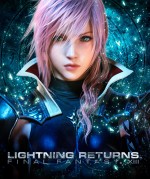