After the success of Lego Lord of the Rings, it’s no surprise that Warner Bros. and Tt Games are returning to Middle-earth. We had a chance to play two levels in Lego The Hobbit, showcasing two very different types of gameplay.

We began our journey in Bilbo Baggins’ home of Bag End. The unsuspecting hobbit is visited by the 13 dwarves led by Thorin Oakenshield. This isn’t a combat-focused stage, instead giving us an introduction to some of the abilities we’ll be using throughout the Lego take on the first two films. This Lego title introduces some new elements, including team-up attacks that can be activated when near another character and switching between different weapon sets. For instance, Kili is good with a bow, but also carries a weapon good for melee fighting.

Throughout the game, you’ll need to collect loot, which is used for a building mini-game. This is a carry over from The Lego Movie game, and requires players to quickly choose the correct part from a wheel. The faster (and more accurate) you are, the more studs you’ll earn. I found that having a recent working knowledge of Lego kits served me well in predicting what parts would be needed next.

This segment ends with the dwarves singing and juggling plates in a timed button press minigame. The adventure starts in a very lighthearted way, but once we moved over to the Goblintown level, it heated up quickly.

Unlike most Lego titles, which offer up only a few characters to rotate through in the story stages, Goblintown features the entire dwarf party and Gandalf. As we fought the Goblin King at the outset, we needed to switch to utilize the correct character ability at the right time. As is common in these games, the Goblin King fight is as much puzzle as it is combat. After, our group was split into three. Each progressed independently, encountering many goblins (each taking multiple hits to defeat) and more light puzzles. This level, too, had a construction minigame, requiring us to offer up rope, stone, and other loot. These moments are largely in service of Lego building block fans, and I enjoyed them.

I don’t expect that Lego The Hobbit will be a significant departure for the franchise, especially as it is largely tied to the first two films in the trilogy. It is, however, a way to occupy yourself if you need some Tolkein while you wait for Shadow of Mordor. 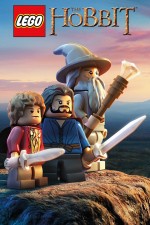