The latest entry in the Marvel cinematic universe, Thor: Ragnarok, is coming to theaters on Friday, November 3. Warner Interactive and TT Games are using the timing to remind everyone about Lego Marvel Super Heroes 2, with the release of a new trailer that features Thor, Hulk, and a bunch of other familiar faces.

In addition to recreating the big beats from the movie's arena trailer, you can see a bunch of other locations from the game – including Asgard – as well as Grandmaster, Thor Jane Foster, Throg, Beta Ray Bill, Red Hulk, Greenskyn Smashtroll, and Maestro.

Lego Marvel Super Heroes 2 is coming to PlayStation 4, Xbox One, Nintendo Switch, and PC on November 14. 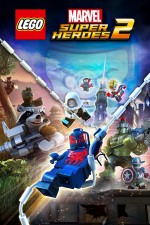