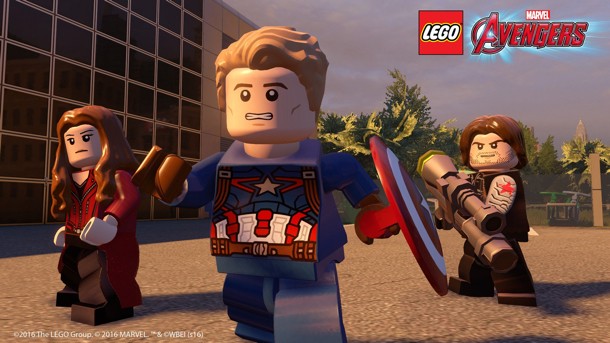 Tt Games has announced that PlayStation gamers are getting two extra DLC packs for Lego Marvel’s Avengers. Both are substantial character add-ons, with an additional level bundled in with the second.

At launch, you’ll be able to get the Captain America: Civil War pack. This includes nine characters from the upcoming movie:

This won’t be the only way to get some of these characters, of course. For instance, this pack will simply open up new versions of Captain America and Iron Man. All characters will be playable in the main game and the open worlds.

Later in 2016, Marvel’s recent Ant-Man film gets the Lego treatment. This pack includes a level based on the movie and includes 11 characters:

And yes, you can fly on Ant-Thony and use the powers of the Ant-Man suit. Tt Games’ Arthur Parsons also hints that the season pass will include some classic comic material and bits from ABC’s Agents of S.H.I.E.L.D.

We’ve reached out to WB Games to find out if these packs will eventually be sold on other platforms. We’ll update should we receive a response.