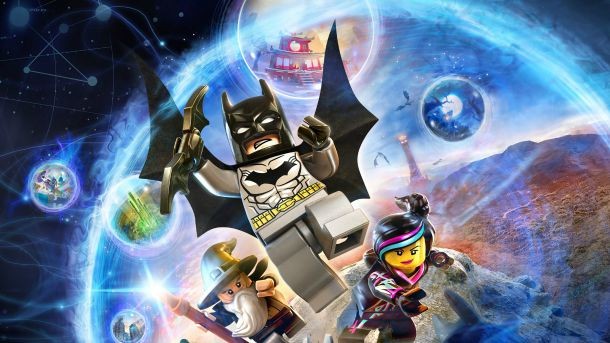 The toys-to-life genre isn't an inexpensive one for fans. In addition to starter kits that cost more than the average game, each figure or expansion kit hits the wallet for at least $10. The latest entrant in the genre, Lego Dimensions, is going to be a hard one to resist purely on the basis of fan service.

I got my first experience with the game today, and I was impressed at how well developer Traveller's Tales has integrated the physical toys with the classic Lego gameplay. Unlike Skylanders and Disney Infinity, Lego Dimensions makes use of the gateway as more than a way to get the toys into the games.

Seven spots exist on the base for characters or vehicles. Just like in any standalone Lego title, you can swap among the characters on screen. Any of the multiverse heroes, like Batman, Gandalf, Scooby Doo, The Doctor, and Chell from Portal can take control of any vehicle.

Two of my major concerns were assuaged during my demo. The vehicles can all change forms to solve puzzles or compete in races. While players are free to transform them during play, it isn't necessary. Going into the vehicle customization screen allows you to pick which unlocked form to use, writing the details (including chosen upgrades) onto the base piece. It's a painless process, but it means your vehicle on the base might not match what you see on screen.

This also alleviates the concern of losing a piece. Since you don't need to transform the figures (and therefore don't even really need the figure attached to the base), you can still play even if you lose a stud. This is a double-edged sword, as it breaks the toys-to-life immersion for there to be a disconnect between the Batmobile on the base and the Bat Blaster onscreen. Ultimately, that's a player preference item though, and it won't bother some people.

The base is also used as a puzzle solving mechanism. Different abilities and challenges require you to move the right figure to the proper spot on the base. It's a more interactive use of the portal-type peripheral present in all of these games. This only works because moving items around the base causes negligible impact on-screen. It's much faster than Skylanders, which is in turn significantly quicker than Infinity.

One of Lego Dimensions' major hooks is the huge number of licensed properties that are included. In addition to the main story, buying expansion kits themed with Portal, Doctor Who, Back to the Future, and more, unlocks an Adventure World. Each of these is a hub with challenges and missions, gold bricks to earn, and new characters to meet. Players don't need to buy them all, but the older audience to whom this is clearly targeted (my kids don't love Back to the Future like I do, for instance) is going to see the price mount quickly. The starter kit is priced higher than competitors, each of the level packs is $30, and the "fun packs" that include a minifigure and small vehicle are $15.

For those looking to get everything at launch, the cost will be over $500. As with most toys-to-life games, we should expect that more figures and content will roll out over time. Currently announced are:

I'm bullish on Lego Dimensions, as it doesn't just mimic the genre entrants that came before. It's a different approach for a slightly older audience, and that means that collectors and fans of the included classic franchises are a prime target for prying the wallet open wide enough to make this a success.

Lego Dimensions is coming to PlayStation 4, Xbox One, Wii U, PlayStation 3, and Xbox 360 on September 27.

Note: This story originally included PC on the platform list. That is inaccurate, and has been corrected. We apologize for the error. We've also updated the terminology and exact number of level packs available at launch and coming later.