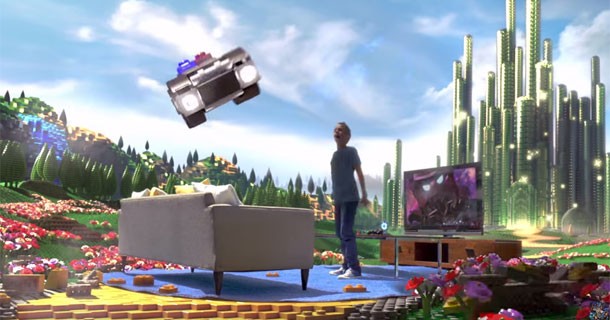 Warner Interactive and TT Games have released a new trailer for Lego Dimensions, which is (perhaps unintentionally) an homage to kid-focused advertising from back in the day.

The clip doesn't feature any notable gameplay or particularly interesting character animations, but it does have one thing going for it: A kid is sucked into an alternate dimension after the walls of his home crack apart. All that's missing from the '90s-style punchline is a squealing guitar riff and a shot of our young hero putting on a pair of bitchin' shades. Maybe next time.

The game is set to release on Sept. 27, and Warner is further stoking the hype train's boiler with news of a weekly Lego Dimensions YouTube show. The first episode airs today at 9 a.m. Pacific, and it will feature an unboxing of the game's starter pack.

For more info on the game's impressive voice cast, take a look at our previous coverage.