Released today, the remastered version of Lego City Undercover makes the leap from Wii U to PC, Xbox One, PlayStation 4, and Nintendo Switch. Bringing its signature goofy humor to the fore, the game's launch trailer stars dancing squirrels, ice-cream interrogations, and of course, Chase McCain.

The trailer builds on the new features showcased in previous previews, giving glimpses of some of the game's vehicles and locations. It also shows off several of the eight disguises McCain can use to go undercover, including an alien, as well as offering a brief look at the game's new co-op mode, allowing players to explore Lego City together via splitscreen.

Check out our previous previews of Lego City Undercover, which take a closer look at the game's co-op mode and variety of vehicles. 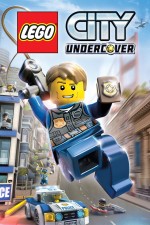