Earlier this year Warner Bros. Interactive Entertainment announced that actor Adam West will be playing himself in the upcoming Lego Batman 3: Beyond Gotham, and now it appears that he won’t be the only one. Kevin Smith and DC Entertainment chief creative officer Geoff Johns will also be featured as playable characters in the game.

Lego Batman 3: Beyond Gotham will release for Xbox One, Xbox 360, PlayStation 4, PlayStation 3, Wii U, Vita, 3DS, and PC on November 14. For more information on the game check out Matt Kato’s preview from earlier this year. 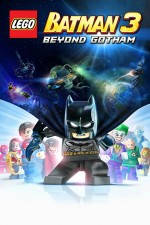