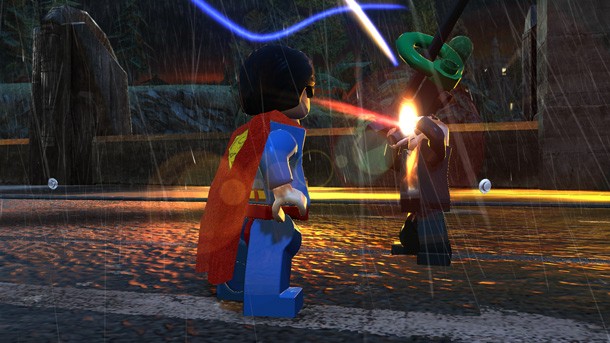 Lego Batman 2: DC Super Heroes is coming this summer, and the sequel predictably delivers a host of new features. The biggest addition is the new open hub world, which Warner says spans 500 square miles. A new trailer and batch of screens show off the giant area, as well as a side of Supes you may not have expected.

Is the Man of Steel actually a huge troll? That's what I'm led to believe after watching him use his laser vision to blind helpless citizens (a blatant violation of the Geneva Conventions) and acting like a sarcastic jerk around Batman. Take a look at the trailer and gallery below and see for yourself.